YSRCP gets absolute majority in Council 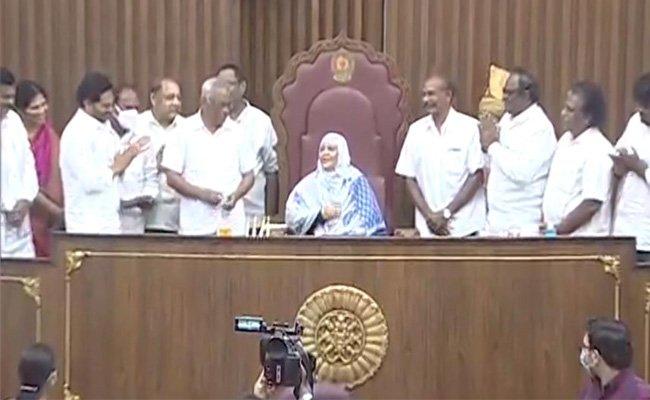 The YSRCP currently enjoys an absolute majority in the Council, with the unanimous election of 11 party candidates as MLCs under local bodies’ quota on Friday. There was only one independent candidate who filed a nomination, but he too withdrew his name soon after, thus giving the YSRCP a majority. The opposition parties didn’t have enough representation in the local bodies, to field a candidate for the MLC elections.

With this, the YSRCP now has a representation of 32 members in the Council, the TDP has come down to 15, while the Bharatiya Janata party has one and the Progressive Democratic Front has four.

Previous articleIndia to resume International flights from Dec 15
Next articleInd vs NZ: New Zealand gets a solid start on Day 2