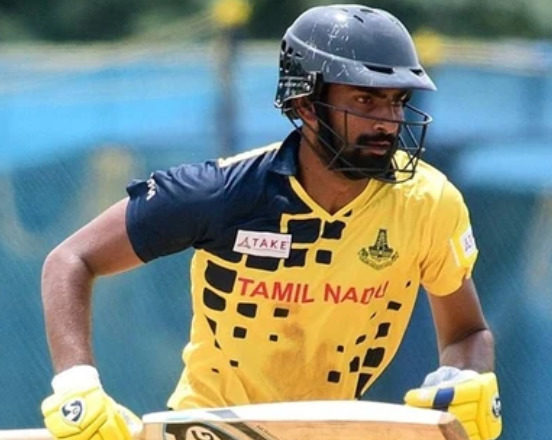 The wicket-keeper batsman not only surpassed India skipper Rohit Sharma’s 264 but also broke the record of the highest-even individual score in List-A, held by England’s Alistair Brown.

In his 277 runs against Arunachal Pradesh, Jagadeesan smashed 25 fours and 15 sixes. He added 416 runs for the first wicket along with another opening batsman Sai Sudarshan (154) against Arunachal at the Chinnaswamy Stadium.

Jagadeesan also became the first player to score hundreds in five consecutive innings in men’s List A cricket. In the last five matches, he scored 128 against Haryana, 168 against Goa, 107 against Chhattisgarh, 114 against Andhra Pradesh and 277 against Arunachal. Formerly, three cricketers had four centuries in a row – Kumar Sangakkara in 2014-15, Alviro Petersen in 2015-16 and Devdutt Padikkal in 2020-21.

On the other side, Tamil Nadu became the first team to score more than 500 runs in List A cricket. Until now, this record was in the name of England, with 498 runs against the Netherlands.

Megastar Chiranjeevi's Sankanthi winner - Waltair Veerayya has turned out to be a true blue blockbuster at the box office. The film has returned...
Read more
Movie News

It is known that team India emerged triumphant against New Zealand in the first of the three match ODI series that started off with...
Read more

In a shocking incident, an Indian family of 3 has been found dead inside a house in Dublin, Ohio. This tragic incident came to...
Read more
Movie News