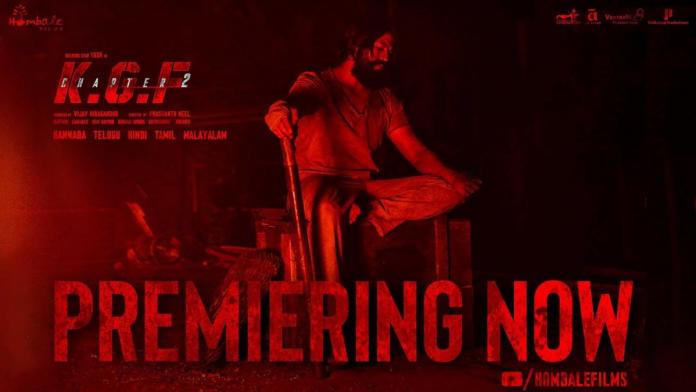 The very much anticipated teaser of KGF Chapter 2 has just landed on YouTube, much prior to its release time. It was initially supposed to have been released on YouTube tomorrow, at 10:18 AM, but has been released at 9:29 PM, due to several leaks.

The teaser is everything a fan of KGF would hope for, and so much more. It looks like a lot more about the lead’s (Rocky) backstory will be revealed in this installment. The action looks just as breathtaking as the previous one, and the cinematography is top notch, and stands out even more than the first one.

The way that Rocky is introduced in the teaser increases your anticipation, and while Sanjay Dutt‘s Adheera has not been shown fully, just his back shot will give you all the feels. Raveena Tandon seems to be playing a very powerful role as well.

On the whole, the teaser of KGF Chapter 2 gives you instant goosebumps, and gets your expectations higher than they already are, with its powerful punch.