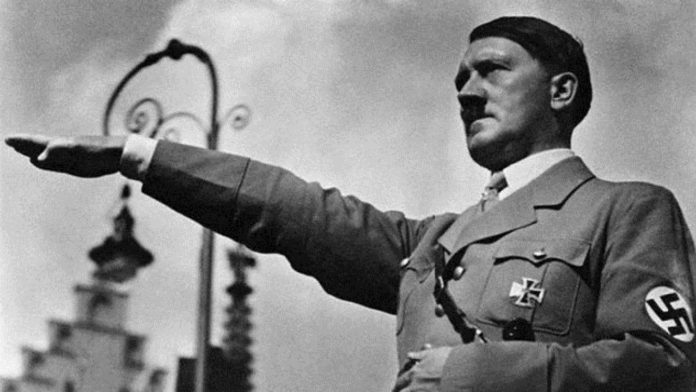 Politicians and leaders, who believe in dictatorship and act as dictators, cause a huge amount of damage than anyone, as their decisions would impact the large sections of public. Here are 25 such Deadliest Dictators in the history.

Robert Mugabe, the President of Zimbabwe is widely believed to have risen to power via threatening the public. Once, when he did not receive any votes from a certain province, he orchestrated the killing of 20000 people and blamed rebellion and treason for it.

During the tragedy, over 3.1 million people have lost their homes, livelihood due to his “land reform program” through which he destroys any village, that goes against him.

Vlad III found his delight in killing the people in a row and also treating the prisoners and rebels in a cruel manner. He enjoyed impaling his victims and is also believed that he used to bath in their blood.

Kim Jong-Il has been the key person behind the deaths and starvation of some millions of North Koreans. Even about quarter million have been arrested in his regime.

Idi Amin Dada regime was only for 8 years. But he still could show the peaks of dictatorship. Over a half million people have died due to extrajudicial killings and genocide during this time.

Vladmir Lenin has probably received more assassination attempts than anyone in the history. He instituted the “Red Terror,” or the systematic elimination of millions of people, including members of his own political party.

During the World War II, Emperor Hirohito reigned in Japan. The accusations made against him are not as significant as a few others on this lift, but the debate is on, as to whether or not he was behind his military, who committed the war crimes.

Just like Emperor Hirohit, even Koki’s involvement in the war crimes committed by his military has been questionable. However, Hirota was executed for war crimes that included being privy to information that could have prevented numerous atrocities.

Chiang Kai-shek, the successor of Sun Yat-Sen, aimed at giving China, a government that would be away from the common ground of Communism. Identified as “White Terror”, Chiang Kai-Shek was responsible for the deaths of around 1 million people, mainly due to the initiatives he took at that time.

Kaiser Wilhelm II, the last emperor of Germany until 1918 was identified for his inability to control the military and inept command. He was responsible for the deaths of millions.

Just like Mugabe, even Ho Chi Minh had risen to the President’s position of North Vietnam, by threatening the people with violence. Over 1 lakh people were executed due to his land reforms and another 1 million people have experienced famine and seclusion in war camps.

Leonid Brezhnev is a communist leader of the Soviet Union. His leadership was marred with the blood of genocide against the Moldovans, Volga Germans, Cossacks, Poles, and even Armenians.

Yakubu Gowon was Nigeria’s leader when oil was found in the Niger Delta, which was also pursued by Ojukwu of eastern Nigeria. It failed in creating peace, even though both sides signed the “Aburi Accord”. Gowon’s tactics in the ensuing war led to the deaths of over 1 million people.

Mengistu Haile Mariam of Ethiopia never entertained anyone who went against him. He was behind the killings of thousands of “Kebeles”. He also taxed families when they requested for the return of the dead bodies of their loved ones. He was responsible for about 1.5 million deaths.

The dictatorship of Kim Il Sung made him lose all the respect from his people. At a point of time, when the nation was suffering, he put a blame on US saying that the biggest superpower had spread an epidemic throughout the countryside. He even killed over 1.6 million of his own people, to make it more convincing.

People who went against Saddam Hussein’s leadership had to face his attacks. He instituted mass genocide against the Kurds, Shabaks, Assyrians, Mandeans, and other ethnic groups. He was responsible for the deaths of over 2 million.

Ismail Enver Pasha was the leader of the Young Turk Revolution. He attained more power as he led the Ottoman Empire in World War I and the Balkan Wars. But he was still bad at leading an army, for which he had to lose several battles. Adding to it, only to compensate his loss in Sarikamish, he killed over 1.5 million Armenians and over 1 million people of other races.

Omar al-Bashir, who was the President of Sudan negotiated the end of the Sudanese Civil War by giving in to what the Sudan People’s Liberation Army was requesting. Though his intention was fair, the agreement led to wars in Darfur, which took away about 4 lakh lives, due to violence and starvation.

Pol Pot, as Cambodia’s communist leader envisioned a country that would be equal by any means. For this, he planned to send urban people to rural areas and rurals to urban areas. But as he failed to get the expected results, he decided to punish people and depriving them of their right to education, medication, and nutrition. In this process, he executed about 2.5 million people, for not following his ideals.

During the World War II, General Agha Mohammad Yahya Khan was very active and became Pakistan’s 3rd President. He, then, implemented martial law and waged a war against Eastern Pakistan. He took away the lives of millions.

Hideki Tojo was not happy when he was made the general in the Imperial Japanese Army. So he also assumed the other positions like Prime Minister and also the other ministerial positions for Army, Home, Foreign, Education and Commerce. He also maintained ties with the Nazis expecting to make it big like Hitler. His ruthless acts, led to the deaths of over 5 million people.

After Lenin’s death in 1924, Josef Stalin was made the leader of the Soviet Union. In his regime, he launched several progressive programs. 10 million people had to starve, when he attempted to move to the new economy. Stalin launched the “Great Purge”, to kill those who opposed him.

Under the guise of the Congo Free State, Leopold II killed nearly 15 million Congolese. When other European powers granted him the territory to improve the lives of its inhabitants, Leopold instead used them for his personal benefits.

Hitler, was the leader of the Nazis- German party that was behind the deaths of over 17 million people including 6 million Jews. He deserves a good spot on the list, for committing numerous war crimes across the world.

Mao Zedong was one of the popular communist leaders of the Republic of China. He was responsible for the killings of about 4 to 6 million people. Adding to it his ruthless policies also starved about 20 million.