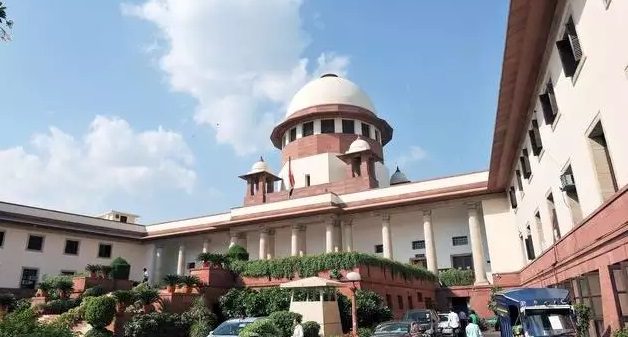 With the global outbreak, one thing has become popular for sure i.e Work From Home. The facility that only careers associated with computers were utilizing this, but was still not accepted at large nor is considered to be a normal work routine.

Now this work from home option is being tested in each and every field of work due to lack of any other options.

But did you ever think work from home was possible for the courts? And that too directly the Supreme Court of India? Yes, that has already become a reality.

The Supreme Court of India has announced to its Lawyers that they will be sent links online and all they need to do is just click the link, and in the video conference, do the arguments for their cases.

They can access with their mobiles also for Video Calling, said Justice NA Bobde. All the chambers of the Supreme Court must be closed until futher notice, he added.

He had ordered that all the Chambers must be evacuated by the Lawyers and their digital passes are deactivated. This will be active from 5pm of Monday.

In the time of crisis, India as a nation is coming together to fight back. Apart from collecting the funds and preparing the facilities...
Read more
General News

The prevention of the deadly Covid-19 spread is in our hands and we need to stay alarmed all the time until the Corona Positive...
Read more

SS Rajamouli has recently given interview online for popular Bollywood analyst Rajeev Masand. In this interview he has spoke at a length about various...
Read more
Movie News

Everyone starlet and top heroine in the industry knows that this particular bearded star director has a reputation of keeping his heroines in good...
Read more
Movie News

Telugu version of Lust Stories has been in the news for quite a while. This one will be totally extraordinary to what the Hindi...
Read more
Movie News

TB Special: Where is Divyansha?

Two girls who made their debut in Suth films and yet couldn’t get a foothold are Rukshar Mir and Divyansha Kaushhik. Rukhshar made a...
Read more
Movie News

The Coronavirus pandemic has gripped with the world with over 5, 00, 000 cases, claiming several lives. Globally, many countries are in complete lockdown....
Read more

Govt to take a sensational decision over Alcohol issue?

During the national lockdown, the shutters of all shops were closed including the wine shops for which many of the youth and middle-aged persons...
Read more
Political News

No plan to extend 21 day lock down, asserts Cabinet secretary

The 21-day lockdown became effective on the intervening night of March 24-25 just immediately after the All India curfew. The administration has asked all...
Read more
Political News

Covid 19 is an emergency situation in the nation and the current generation has never seen such a thing before. AP Government is taking...
Read more

SS Rajamouli has recently given interview online for popular Bollywood analyst Rajeev Masand. In this interview he has spoke at a length about various...
Read more
Photo Gallery