More
Home Political News Will Modi come down for Jagan or go against KCR? 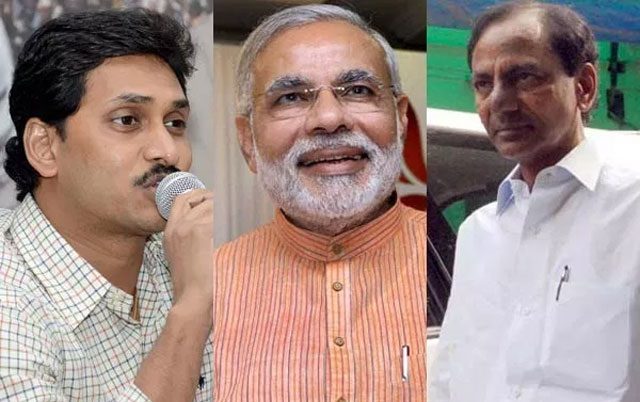 Prime Minister Narendra Modi’s involvement in the massive defeat of TDP in Andhra Pradesh cannot be ignored. So the new Chief Minister YS Jagan Mohan Reddy is moving forward to make sure that he remains in the good books of the PM.

Right after forming the government in the state, Jagan openly stated that he will request the Centre for the special status, but cannot demand, as it got a huge mandate across the country. Now he has also planned to invite PM for the launch of the Rythu Bharosa scheme in AP.

Though BJP leaders constantly attacked the YSRCP government in an attempt to gain the political mileage in the state, the ruling party leaders of the state never really went against the Lotus Party.

On the other side, Telangana Chief Minister KCR went against Modi during the elections, and tried to form the third front. However the plan failed and the CM had to remain in the bad books of Modi.

Now, the Chief Ministers of both the Telugu states are resorting to the massive project on the Godavari river, to ensure the water supply to both Telangana and Rayalaseema. So,  regarding the same, seeking the support from the Centre, Jagan had written a letter to the Union Jal Shakti Minister in Delhi. Now it would be interesting to see whether the Centre comes forward to support the project, as TS CM is in the bad books and AP CM is in the good books of the PM.