Will BJP get lucky in AP like it did in Telangana? 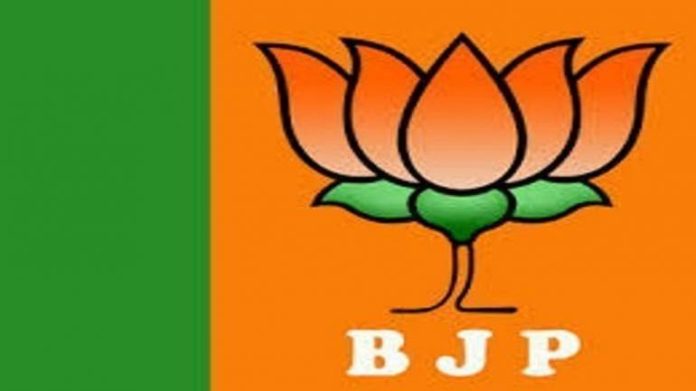 The Bharatiya Janata Party scored really big in Telangana, following its surprise win in the Dubbaka by-elections, and also its comparative majority in the GHMC elections, when compared to its results in the one before that. This has given the party a major boost in the Telugu states, which it is now trying to replicate in Andhra Pradesh as well.

The upcoming Tirupati by-elections are turning out to be a major contest for every major political party in AP, with each party trying its best to attract the attention of voters. The TDP has already started campaigning for the elections, and is in full preparations, trying its very best to make sure that it wins the elections and wins the trust of the people back.

On the other hand, BJP AP President Somu Veerraju is trying his best to attract the attention of the voters and is trying to sidetrack the TDP, like the Telangana BJP sidetracked the Congress party in Telangana. Somu is trying to win the appreciation of Modi-Shah duo by winning these elections, and with the support of YSRCP in AP, the BJP is said to be trying its very best to achieve victory in the upcoming elections.

Despite its efforts, many political analysts say that the chances of the BJP being able to replicate the victory in Telangana, in AP, is very slim, given that the voters in the Telugu states are not swayed by communal or religious statements. Analysts say that if the BJP has to win, since they have the support of the ruling YSRCP, electoral machines will have to be rigged.

Etela lashes out at KCR’s negligence

KCR to likely change his constituency

Naga Chaitanya scored two back to back box office hits with Love Story and Bangarraju. The Akkineni hero is currently busy with Thank You. Chaitanya...
Read more
Movie Reviews

It is known that talented actor Sree Vishnu has teamed up with director Chaitanya Dantuluri for his next film titled "Bhala Thandanana". The makers today...
Read more
Movie News

ZEE Media, which had already acquired the rights of Ram Charan's RC15 from the producer Dil Raju, is now after the rights of Thalapthy...
Read more

Etela lashes out at KCR’s negligence

Etela Rajender, once a close confidant of Telangana Chief Minister KCR, is now his arch-enemy, taking a dig at the CM at every opportunity....
Read more
Political News

KCR to likely change his constituency

Telangana Chief Minister, KCR, is reportedly not going to be contesting from the constituency of Gajwel in the upcoming elections anymore and might contest...
Read more
Political News

Andhra Pradesh Chief Minister YS Jagan Mohan Reddy has gotten everyone confused everyone with the new draft that he released, with respect to the...
Read more
Political News

AP gets 13 new districts, takes the total to 26 in state

Buggana Rajendranath Reddy is the finance minister of Andhra Pradesh, and rightfully, any and every financial decision should be taken with his advice and...
Read more

Naga Chaitanya scored two back to back box office hits with Love Story and Bangarraju. The Akkineni hero is currently busy with Thank You. Chaitanya...
Read more
General News

As new variants like Omicron of the Coronavirus are spreading fastly around the world, scientists have discovered another deadly version of the virus -...
Read more
Movie Reviews

It is known that talented actor Sree Vishnu has teamed up with director Chaitanya Dantuluri for his next film titled "Bhala Thandanana". The makers today...
Read more