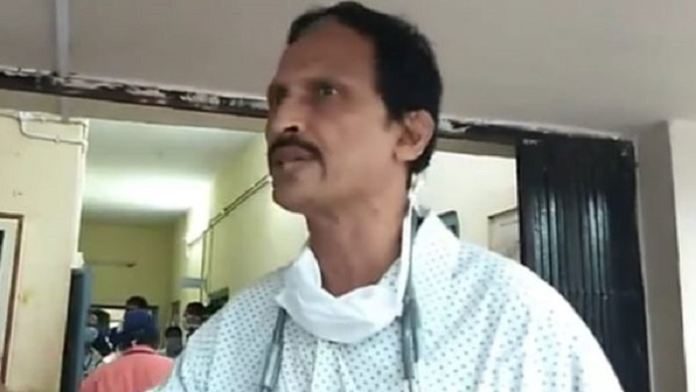 It is known that Narsipatnam Government Hospital doctor Sudhakar Rao was expelled from his duty for revealing the unavailability of N95 masks to the medical staff in the hospital and various other concerns in the hospital. Anesthetist Sudhakara Rao said that the doctors were only given one mask and were asked to use them for 15 days.

Sudhakar Rao went on complaining that the hospital is 150 bedded only for the sake of the name but no proper facilities have been available. He even complained that Junior doctors have been allowed to make complicated surgeries and there is no gynecologist in the hospital for several weeks.

Sudhakar informed that he complained all these things to District co-ordinator but he is not in a mood to heed his voice. After his video went viral, the collector ordered the officials for an enquire committee to check the facts in his allegations. But before the report came out, the doctor was suspended by the government.

As expected, he was expelled with many extra charges on his name and now the news is out that doctor has decided to show resilience. As a counter-attack on the government, he is going to complain to the Indian Medical Association (IMA) on everything that happened during this COVID-19 crisis period and the way he was implied with false charges. Let’s see how it goes.