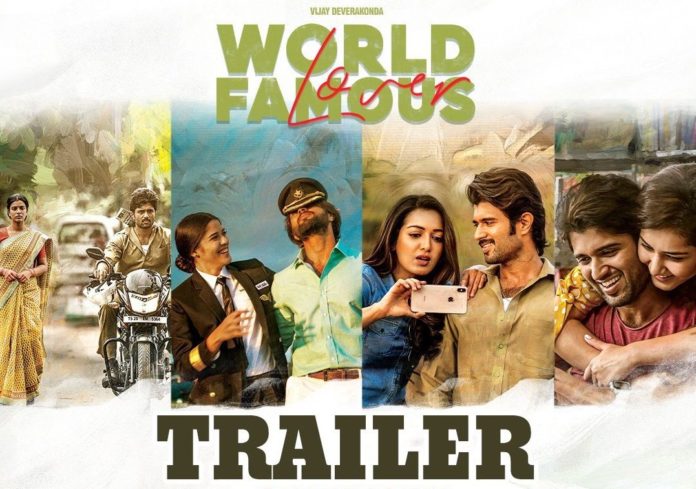 Vijay Deverakonda’s latest film World’s Famous Lover has been making some noise since the release of the teaser. The film evoked interest among movie buffs with its interesting promos and posters. Four heroines are playing crucial roles in the movie.

Rashi Khanna, Catherine, Aishwarya Rajesh and Izabelle will be seen opposite Vijay Deverakonda. Some suspense is being maintained about the relation between these four actresses and Vijay Deverakonda in the movie.

But in the trailer which was released a while ago, makers have tried to reveal a few interesting details. Vijay Deverakonda will be seen in four different worlds. He wants to be the world’s famous lover. While Aishwarya Rajesh plays the role of wife, Rashi Khanna is the partner, Catherine will be seen as fantasy, while Izabelle is the everyone desired girl friend.

Vijay’s chemistry with every heroine is striking and is seen in the trailer. Whether these four world’s converge is still maintained as a suspense. Though the trailer is impressive, shades of Arjun Reddy can be seen in the rugged look. His dialogue delivery in that portion shares striking resemblance with the cult movie.

Directed by Kranthi Madhav, World’s Famous Lover is produced by KS Rama Rao. The film is hitting the screens on February 14th.