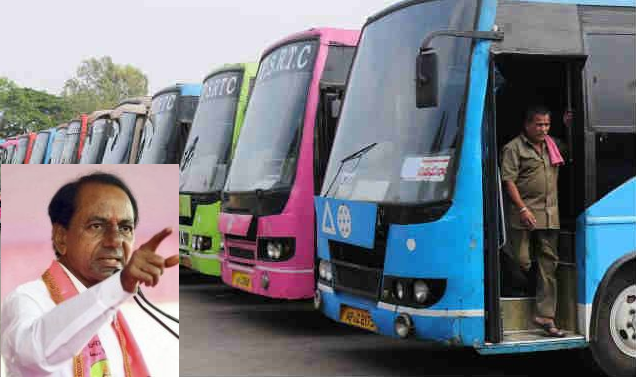 It was the best joke in the recent times when we heard about RTC offering KCR it’s Brand Ambassador post. Though this was rejected by the Chief Minister, it still had much more to it than what can be seen.

Earlier last year in 2019, Telangana State had witnessed a massive strike by TSRTC employees. It went on for months and had turned ugly in many phases with suicides, blackmailing and protests against KCR.

With some kind of reforms and considerations, K. Chandrasekhar Rao has managed to handle the situation with both parties putting this experience behind them. Now, the same committee which burnt down the posters of KCR is the one that wants to paint his pictures all over the buses.

This idea did not go very well with the Chief Minister. He was outright and had passed on instructions of no permission to do this at any cost.

This idea to woo CM with his posters can also be a part of future schemes to trick him into multiple demands and utilize it to defame him if their demands are not met. Well, this mockery by RTC was given a befitting reply by KCR.