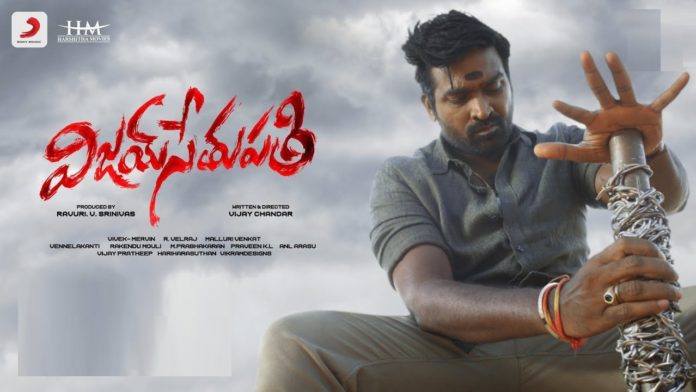 Even before entering into Tollywood, Vijay Sethupathi earned a decent image in all the south film industries, including Telugu, when few of his films like 96 received appreciations from all over.

While he made his Telugu debut with Sye Raa Narasimha Reddy, he is also picked for the villain roles in the upcoming movies of Allu Arjun and Vaishnav Tej. Now one of his Tamil films, “Sanga Tamilan” is being dubbed as “Vijay Sethupathi” in Telugu. The film is hitting on November 15th.