Exclusive Interview: Venu Udugula -I respect Stars, but I don’t care about Stardom. 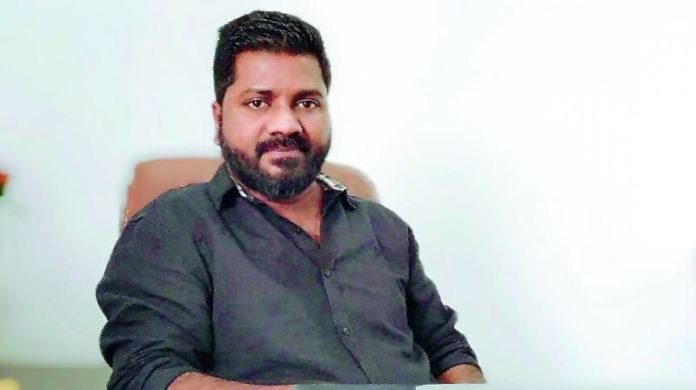 Needi Naadi Oke Katha, keeping aside its commercial aspects, it is termed as a realistic cinema and many have praised the film content. Venu Udugula got introduced as director with this movie. He has done a tremendous job as a debut director and for his second movie it is going to be much bigger as he is attempting Pan Indian project. Venu Udugula is directing Virata Parvam which has Rana Daggubati and Sai Pallavi in lead roles. The film will release in multiple languages.

Here is the interview with the director himself where he talks about Rana’s nature, Virata Parvam, his web series stint, Sai Pallavi’s nature etc.,

What is the reason behind choosing such a realistic point in Needi Naadi Oke Katha. It mirrors today’s society very well..

There are several loop holes in out education system. In corporate schools it will be like a rat race where students will be pressurized to get first rank and they are leading a mechanic, robotic life. Wonderful imaginations and thoughts of children are getting killed by mechanical life. Money was replaced as the primary source for this society. This point used to haunted me a lot. So I made it as a story.

What kind of offers did you get post release of Needi Naadi Oke Katha? Are you doing Virataparvam with whom you got offered first?

Needi Naadi Oke Katha got super positive censor talk. I got recognition as director with content. With this before release of my debut project I got offers from three ace producers. They offered me advance. Actually I ought to do my second project in 14 reels but it somehow got into Sudhakar Cherukuri hands. He has decided Virata Parvam script.

Did Suresh Babu joined hands as Rana is the lead?

No actually it is otherwise. Sudhakar Cherukuri thought that it would be better if there is another producer’s support. So we approached Suresh Babu and narrated him the subject. He immediately liked the script and said he will be one of the producers. While we are on our way back home, we got call from Suresh Babu that Rana liked the line and he asked us to come and narrate full script the other day. That’s how Rana got into the project.

Then how come Sai Pallavi became a part of this project? There are several controversies that are doing rounds around her??

I always wanted to work with Sai Pallavi. I tried her for my debut project but at that time she is studying. Then I decided that in my second project she should act. She is a fantastic performer. Sai Pallavi understands her subject well. She has language problem and she involves in the script. So naturally she asks many doubts. If you have the ability to explain her why it is conceived like that then it will be a smooth ride. I never had any problem whatsoever with her. I will work again with Sai Pallavi. Don’t believe in any false rumors. She is like a magnet.

Virata Parvam is a crucial episode in Mahabharat. What kind of connection does this project have with Mahabharat?

Can you give insights about the story?

Virata Parvam goes in 90s periodic backdrop. Love is the only element which questioned various movements, politics, caste, religion from time to time constantly. Virata Parvam is all about the story of a woman who questioned the mentioned above. I tried to say that Love is the ultimate point in this universe.

So are you saying that Virata Parvam is heroine centric?

Rana is a Pan Indian actor now. He has seen super success with Baahubali. How is it working with him?

Rana doesn’t believe in stardom, he has no egos whatsoever. In the sets, Rana will be like an obedient student who blindly do what his teacher says. He completely surrenders to his director. He has command on different crafts. He is super. It is really nice working with him.

What are the challenges you faced in your second project as budget got increased, cast and crew got bigger

I believe in the saying “I respect stars and I don’t believe in their stardom”. I believe in story, I provide what my story asks for. I look out stars as my characters. I haven’t got any trouble because of stars. I felt happy shooting for 68 days for this project. There are 10 working days remaining for the shoot to be completed. I really enjoyed the making process. Working with so many in the sets sometimes feel like challenging.

There are many stars in your project. Are those whom you wanted to wok with? Are there any changes

At first we didn’t thought of Pan India release. As Rana entered the project it turned out so considering his image. While I wrote the script I have few characters in mind and approached them. Rana, Nandita Das are the only ones who entered the project mid way. Remaining cast is what I thought as. First I thought of working with Tabu but as she is busy with other works, she couldn’t allocate the dates. So I approached Nandita Das next. Naveen Chandra character, Priyamani, Naveen Chandra combination scenes and how they turn the total story in second half will blow your minds. They will be seen as naxallites. There will be so much intense and depth in the characters.

Also I can confidently say that there will not be stars on screen when the film got released. One can see only the characters. I will score good marks in this aspect.

What is the reason behind approaching Hollywood technicians for this project

Rana has suggested DOP Danny for Virata Parvam. He has given wonderful output. Coming to action, I want it to be natural. Naxals firing and the fight sequences should be very natural. After watching URI, and asked for them. Producers brought them on board.

Off late there are few speculations that you have creative differences with Allu Aravind, so you walked out of the web series you were supposed to direct for his Aha?

(Smiles) There is no truth in that. I have commitment with Allu Aravind for giving content for few web series. I am working on Gudipati Venkata Chalam’s stories into couple of web series. I will be creating content, show runner and producer for these web series. Some one will direct those. I have another big commitment after Virata Parvam. So I will not direct them.

So this is your time pass in this lock down period?

Yes. I am currently writing a script for my next movie which will be in a big production house and it will be with a top hero. It will be another periodic drama set up in 80s-90s backdrop. Story revolves in the backdrop of Chandra Babu Naidu’s regime. But it is not a political subject. Story revolves around a crime element which happens in that period. On the other hand web series pre production works are also going on.

What is your dream project?