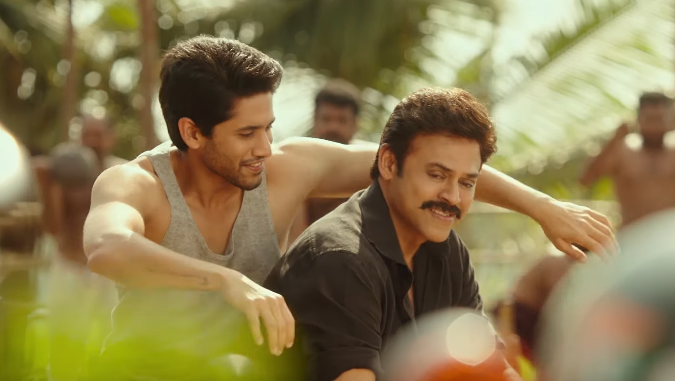 Venky Mama title song has been released just-a-while, as scheduled before. Right from the beginning, the project has been giving some breezy feels to the audience. Now the song has lived up to the expectations and showcased the similar cool moments.

The song begins with Mangli song with a soothing tune. Her voice brings a mega start to the song. It was later taken over by Sri Krishna. With a good beat and neat composition, Thaman nailed the song. It is after a gap, that the star music director came up with such family song. The song is all about Naga Chaitanya, describing his uncle “Venky Mama” and how affectionate the duo are.

Directed by Sardaar Gabbar Singh fame Bobby, VenkyMama is being produced by Suresh Babu, Vishwa Prasad and Vivek Kuchibhotla. The film is scheduled for the release on January 11th, on the occasion of Sankranthi.