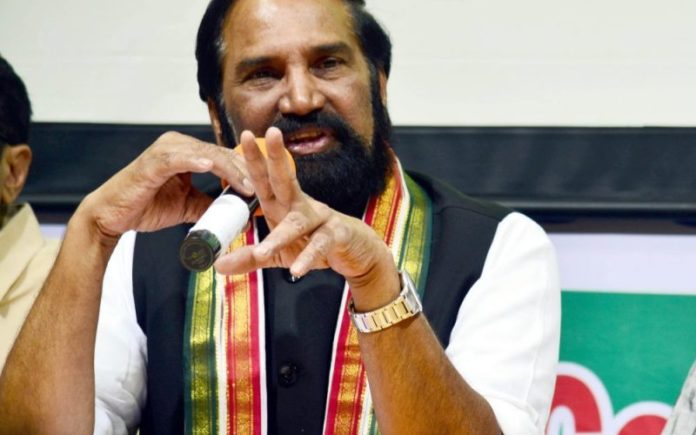 TPCC Chief Uttam Kumar Reddy has come up with some disturbing comments against Hyderabad Commissioner Anjani Kumar IPS which are now going viral all over the social media.

Congress party leaders who planned to conduct a rally on the occasion of the party’s 135th foundation day was denied permission by Hyderabad Police. Aggrieved over it, the national party leaders sat down in protest at Gandhi Bhavan. It was at the same place, Uttam lashed out at Police Commissioner saying that he is a characterless fellow.

“He is involved in numerous corruption cases which we are planning to take forward to Governor now,” Uttam said.

He reminded that a Governor has Hyderabad’s Law and Order power as AP Bifurcation Act under Section 8. He further asked the Police officer to rename his IPS as KPS which is Kalvakuntla Police service. The senior politician further threatened the police that he will see his end. It should be seen whether Hyderabad Police comes forward to counter Uttam’s statements or stay mum unwilling to invite new troubles.