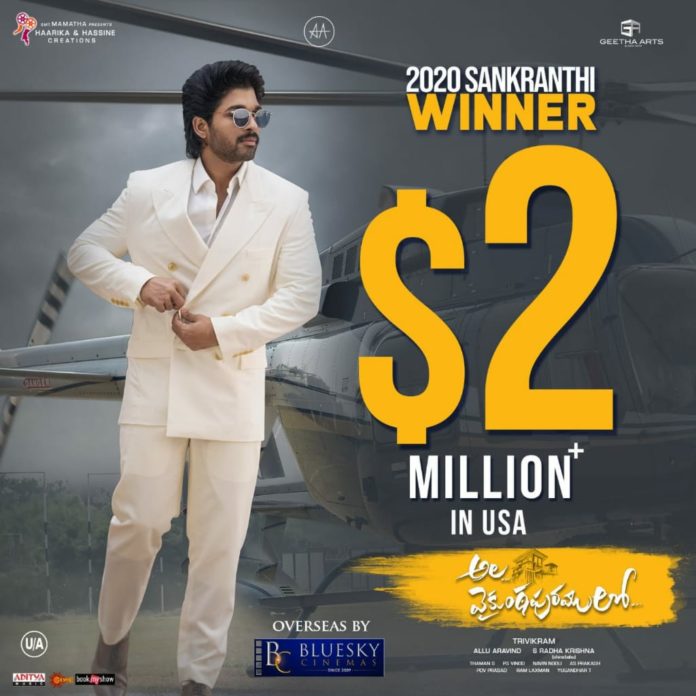 Stylish Star Allu Arjun’s Ala Vaikunthapurramloo created a new record in Overseas. As per the recent trade reports, the film has raked in more than two million dollars in the USA for the first time. It is heard that Ala Vaikunthapurramloo achieved this rare feat by January 17th i.e. within a week of its release. The film’s overseas rights were sold for Rs 8 crore and the distributors are already have landed in profits.

Bunny’s previous biggest blockbuster Race Gurram grossed $1.39 million in the USA. As per trade pundits’ expectations, AVPL may touch 3 million dollars in its full run in overseas. Directed by Trivikram Srinivas, Ala Vaikuthapurramulo has Pooja Hegde as the love interest of Allu Arjun. It is the second film for this combo.

Nivetha Pethuraj, Sushanth, Tabu, and other prominent actors have played crucial roles in the flick. Meanwhile, Allu Arjun is prepping up for his next film, which will be directed by Sukumar.