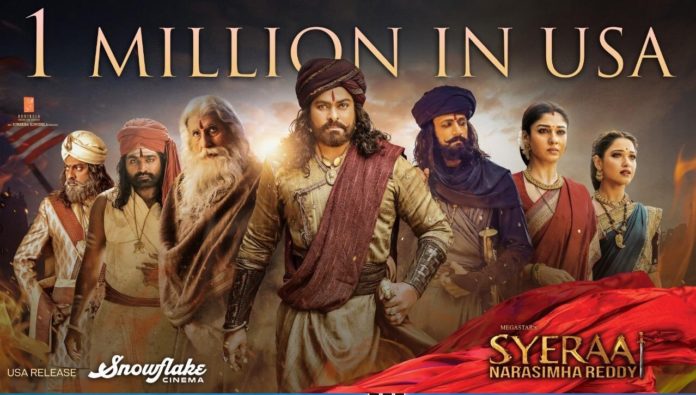 Megastar Chiranjeevi’s much-anticipated film Sye Raa Narasimha Reddy, directed by Surendar Reddy, has been receiving thunderous reports across India and US is no exception. The film received brilliant word of mouth from US premiers and it collected $857K from North America. While Chiranjeevi’s previous film Khaidi No 150 collected $1.29 million on its premiere day.

However, the film now stands at 8th position in the list of all-time highest-grossing Telugu movies from premiere shows.

Here’s the list of the top films and their collections on its premier day:

Now that the word-of-mouth is good and reviews are also positive it is expected to have a good run in the coming days in the USA as well. Directed by Surender Reddy and produced by Ram Charan under Konidela Production Company.