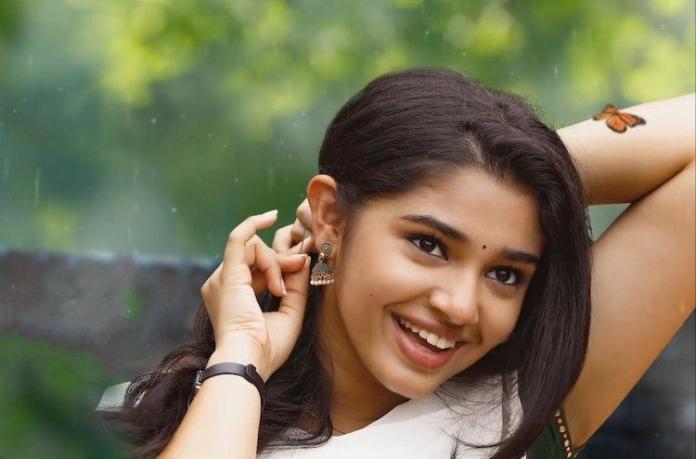 The makers of Ram Pothineni’s upcoming film ‘#RAPO19‘ have officially announced that Uppena fame Krithi Shetty is onboard for the film.

It was us, who exclusively revealed about this announcement yesterday and we also revealed that Krithi is roped into the project. The young actress has been getting a lot of offers lately, after her superb performance in her debut film.

Krithi is roped in for Nani’s Shyam Singha Roy, and she is also playing opposite Sudheer Babu in his next.

Coming back to Ram’s project, this is the first time the Ready hero has joined hands with N Lingusamy for a Tamil–Telugu bilingual film.

Tentatively titled #RAPO19, it is touted to be a commercial entertainer. The film is bankrolled by Srinivasa Chitturi under the banner of Srinivasa Silver Screen.

Welcoming the Supremely talented @IamKrithiShetty on board for #RAPO19 🎬