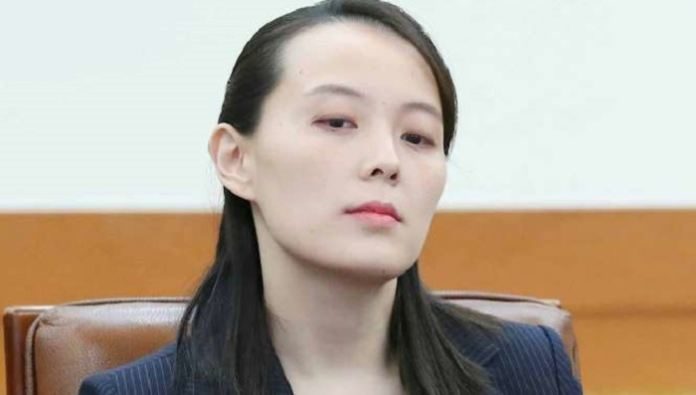 COVID-19 is no more the viral news in the world but it is Kim-Jong-Un, the North Korean dictator whose health is in question at the moment. U.S media reported that Kim is already brain dead and he would live not more than a few days but some say that his condition is critical and there are bright chances of his complete recovery.

Amid all this tension, there is clarity for everyone that if Kim is confirmed dead, his sister Kim-Yo-Jung will run the government as Korea is not democratic and Kim’s sons are of a very young age. It is being said that Kim’s sister is as brutal as his brother and she often takes some sensational decisions without giving any thought of the people in the country.

Reports are coming out that already Kim’s sister took charge and sent a warning to other countries including the people in her own country who are looking to establish democracy in North Korea and hinted them of her extreme behavior.

The North Koreans say that Kim-Yo-Jung is more dangerous than her brother and she also executed many men on her own for very small mistakes. Recently, she said that South Korea is just a barking dog and she often taught the ways to deal with foreign countries to her brother Jong-Un.

Kim believes his sister more than any other person in the world and he took many grave decisions listening to her word. So, the world countries are feared by Kim-Yo-Jung who would become the new president of North Korea after Kim’s demise.