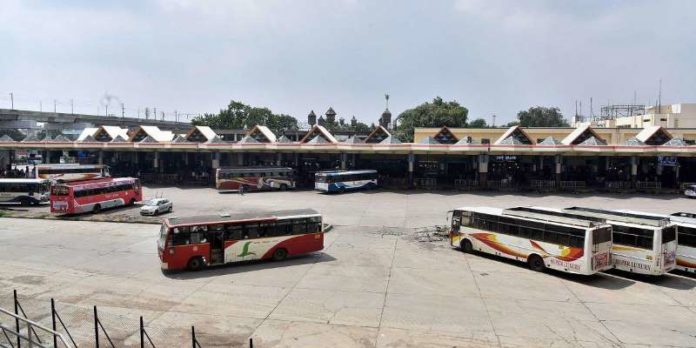 It seems, the strike conducted by the TSRTC is turning the position of Telangana state government uglier day-by-day. While the issue was anticipated to remain within the state,  it has now reached other states too. The trade unions across the country are coming out to respond on the ongoing issue.

Telangana Chief Minister KCR has asked the new employees of RTC to give in writing that they would not join in any trade unions throughout their employment period. Such rule has created an outrage among the trade unions now.

The Delhi Transport Union and AITUC leaders have reached out to Hyderabad and conducted a protest in front of Telangana Bhavan. They demanded to release all the Union leaders and also demanded to take back all the workers into their respective jobs.

They also warned the state government that all the trade unions across the country, will have to join the protest, if KCR continues to go against the TSRTC employees.