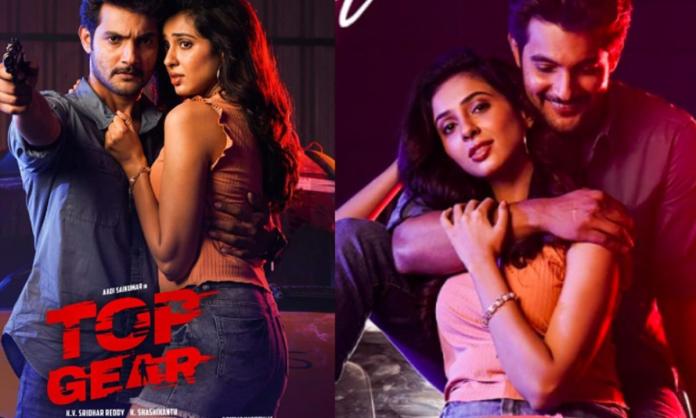 Aadi Saikumar made a very impressive debut with Prema Kavali several years ago. While he delivered a few guys after that, he’s not been able to taste success for the past few years. He has now come up with a new film, Top Gear, directed by debutant Shashikanth. Let’s see how the film has turned out to be.

Story: A number of mysterious murders keep taking place in Hyderabad, all of which are linked to a person named David. The police are on the hunt for David, and in this mess, a taxi driver named Arjun is dragged into, for reasons that he’s not aware of. Why is he being targeted, and how does he manage to overcome the problem forms the rest of the story.

Aadi Saikumar does a very earnest job in his role, and carries the film on his shoulders. He is good in emotional and high octane scenes as well. However, the film doesn’t give him anything new to work with, as he has been seen in such roles many times previously.

Leading lady Riya Suman is fine in her role. She looks good but doesn’t really make a huge impact. She’s also not completely utilised in the movie, as her character feels very underdeveloped.

The supporting actors, comprising of Brahmaji, Shatru, Ravi Prakash, Satyam Rajesh and others, do a good job with what they are given.

Director Shashikanth has come up with a gripping concept. However, he hasn’t been able to deal with it well, as the screenplay gives away the entire story, and the film lags a lot, wasting a lot of time. A lot of the time could have been saved if the screenplay was written better.

The background music by Harshavardhan Rameshwar is good enough, and adds well to the scenes. The production design is good enough as well.

The cinematography is quite good, but the editing could have been so much better.

Verdict: Top Gear is a film that offers you some good entertainment in a few parts. It is a one time watchable film and the audience can give it a try in the theaters.