These Indian apps are best alternatives to banned apps like Tiktok 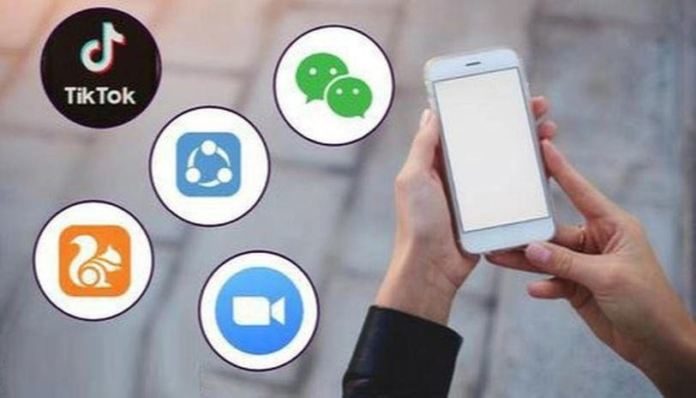 In the wee hours on Monday, the Indian government restricted 59 Chinese applications, including TikTok, Clash of Kings, DU recorder, Likee, UC browser, likee, Shareit, Shein etc. The applications will be prohibited as they may be “occupied with practices which is biased to sovereignty and respectability of India, safeguard of India, the security of state and public order.”

Numerous whatsapp forwards are now being forwarded immeasurably as a challenge to remove China apps in our phones. This initiative came in no time when Indian army were martyred in the biggest clash in Galwan valley at Ladakh between India and China.

Out of all the apps Tik Tok, which is a short video streaming app was the most widely used in India with 119.3 million userbase.

Here are some great Indian app alternatives that can replace Tik Tok and has tantamount engaging features as that of Tik Tok.

Succeeding the anti-China sentiments and netizen’s backlash against Chinese apps in India, a lot of desi apps began to garner attention. One such app is Chingari, which has crossed the 2.5 million download mark lately. Nevertheless, the co-founders of the app beg to differ themselves from developers who are vying to cash in the “boycott Chinese” sentiments in this bottle neck competition. This app was released way back in November 2018 keeping Indian users in mind and has only come to spotlight in the recent past.

Roposo is an Indian video-sharing platform, owned by Glance InMobi Pte. Ltd. The app offers a TV-like browsing experience with user-generated content on its channels. Users can likewise utilize editing features and transfer their content.

The application enables to add voice-overs and music to users’ hand crafted recordings and photographs – enriching the entire experience. Customised hand picked channels give the user a stage to feature their skillsets and associate with a huge mass of people in every nook and corner of the world who have similar interests.

WeLike is an online platform that lets everyone share their abilities in any craft. The application additionally allows to share their own photographs, recordings, and run some fun challenges, which gives some monetary rewards to the users. The app also has voice calling and video calling features that helps to connect with friends. It is most suitable for sharing whatsapp status and trending short videos.

By following the slogan ‘vocalforlocal’, Mitron Founder Shivank Agarwal shared to the media that the firm is thrilled to see the rapid adoption of Mitron in India and thanked all their users for their admiration for the app. As of now, It already crossed 1 crore downloads. Mitron founders also rubbished the baseless rumours that speculated earlier that it is a Pakistani origin app and claimed it an Indian origin with development based out in Bengaluru.

Mitron is another video-making app made in India available for free. It is an interactive platform with impeccable interface for people to share their creative videos online mostly focusing on comedy. You can create, edit and share your videos as well as browse through a library of top videos across the globe.

Coronavirus is only increasing in the country, and especially in the two Telugu states. The situation is especially worse in Hyderabad, and other cities...
Read more
General News

In a hospital in US, COVID-19 infection bore none of the signs of extreme respiratory disease until patients out of nowhere crumbled and died....
Read more
General News

Health insurance plans for Covid-19 hospitalization treatment are exclusively going to be available in the market from today. IRDAI initiated Corona Kavach Policy, where...
Read more

Prabhas scored one of the biggest hits of his career with 'Varsham' which was directed by Sobhan. As a token of gratitude, Prabhas is...
Read more
Movie News

Sai Dharam Tej scored a much-needed hit with 'Prati Roju Pandage' last year and his next film will be 'Solo Brathuke So Better'. The...
Read more

Banning of the 59 Chinese apps in India created an interesting pattern in the brains of the Chinese Govt officials. Chinese officials analyzed the...
Read more

One of the biggest superstars of Indian cinema, Amitabh Bachchan has tested positive for Covid-19 a short while back, as confirmed by himself. Amitabh took...
Read more
Political News

There were a lot of speculations going around about the health of the Chief Minister KCR. A man had even held up a placard...
Read more
Photo Gallery

Vamsi Paidipally's directorial 'Maharshi' minted big bucks at the box office and stood as the biggest hit in Mahesh Babu's career prior to the...
Read more