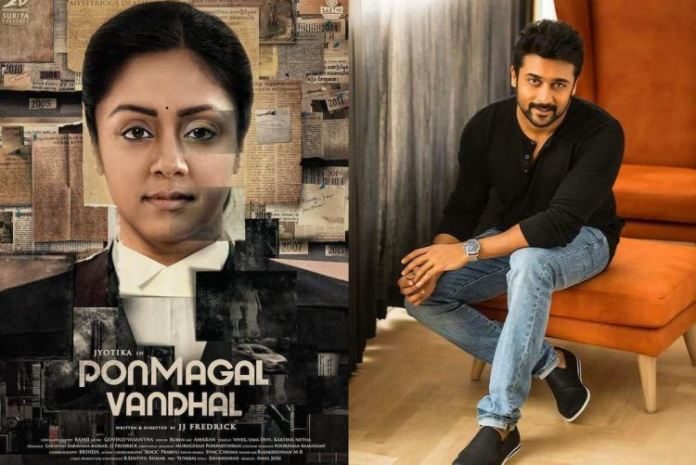 Meanwhile the producers are clueless in Chennai. A popular producer who started three projects kept them on hold. Luckily the shoot meant to happen abroad is done.

Even when you finish the film, you don’t know how to release it and when to release it. Three theatres in Kovalpatti have been renovated and now it is in hold. Elsewhere in Satyam Cinemas, rats are eating away the seats and other theatres too.

The producers understand the situation but they are helpless, they cannot be bull dozed to sell their films for maintenance. If a random producer comes to the industry and sells it, no one bothers.

But this is a family (Suriya’s) with prominent actors and they have a production house and they contribute significantly to the industry. The theatre owners are trying to put a full stop right now, since Suriya’s film is due for release.

In case that too releases on OTT platform, that will be a problem again. Jyothika’s film was sold for a good price and the family have 100 crore business. They want to create a fear psychosis right now itself, nip the bud in the initial stages so that Sudha’s film with Suriya doesn’t go the same way. So what will Suriya do for his upcoming movie?

Another Tamil producer is trying to sell his film to an OTT platform, he doesn’t want to pay the interest and it’s already been three months.

If any loss comes to my movie, theatrical guys and distributors will not give back my money. Every time they come here they ask for distribution under the risk of the producers and not the distributor.

If the film is worth five crore, minimum guarantee.. it is reasonable to ask for 6 crore. If you make more than six crore lets share. If the film under performs give it back. None of the distributor ready to buy the film at their risk which is unfair.

Right now all the producers are supporting Suriya, they feel if the film is getting a good price it makes all sense to sell it on OTT. At the end of the day, it is film making business. Stars might have another view, they might want publicity, posters and money is not a consideration for them.

If a superstar like Vijay or Rajinikant wants a theatre release even if it means waiting for six months, the producers need to wait. They have no choice.

The producer says the Tamil or Telugu film industry should start their own OTT platform and sees no reason in paying twenty percent commissions to the agents which is massive. Why sell it to Amazon or Netflix he questions?

In Hyderabad situation is different, most producers have their own OTT atleast one for now. But even then, the producer thinks why don’t we sell it to our local people instead of others?

“If I sell five crore product, I have to give one crore is enormous. Let us stick to our people. If I get a good price, even if I pay commission, I am still on profit. I don’t have to pay print and publicity, for Cube etc. Even if it means social media publicity, I will not be spending more than five lakh. We hold our product, sell it. We can lease it. We don’t want to give original version and I don’t do nothing here. On the table if I make good profit, I will go with that,” says the producer.