More
Home Political News The immediate decision of Kejri after becoming CM again is this and... 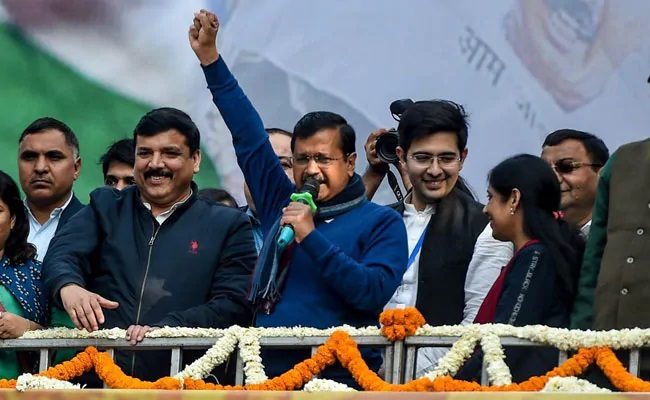 The Aam Aadmi Party which is one of the biggest sensations in Indian political history is cruising towards their third straight victory in Delhi Assembly polls. They have already won 55 out of 70 seats and are leading in 7 at the moment. While the Bharatiya Janatha party just manages to secure 4 seats so far and is leading in 4 constituencies. Let’s not talk about INC.

Now, as Kejriwal becoming the Chief minster of Delhi is inevitable the AAP supporters are heading to the central administration office in Delhi for the celebrations. But, these statements made by Kejriwal probably disappointed all the party members but are being hailed by the people.

Arvind Kejriwal suggested the party members and supporters not to firecrackers as a part of the celebrations. He said that Delhi has suffered enough pollution and this kind of celebrations will pollute the air more and he doesn’t want to be the reason for that.

This is the third time Kejriwal becoming Chief Minister of Delhi and in 2014 he won in an unexpected fashion and stunned the entire country. The comments made by Kejriwal about the celebrations and pollutions are receiving huge applause from all over the country.