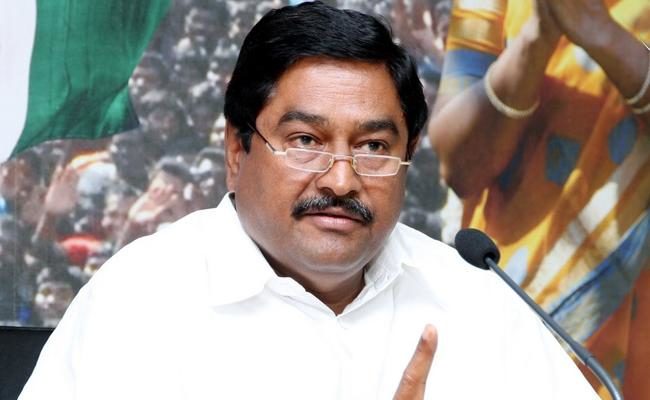 Dharmana Prasad Rao, a very well known name in not just Srikakulam district, but all over Andhra Pradesh. He has been a strong pillar of support for his people in all of his political years, and has made sure that they are always happy. People believed in him to such an extent that they knew their problem would be solved if they went to Dharmana.

Dharmana’s popularity and power was high and prominent that he could get things done with just the look in his eyes. However, this man of the masses has gone silent for quite some time now. Despite being the most active and driving things forward to make sure the YSRCP wins the general elections last year, Dharmana went silent post the elections.

This could be because of many reasons, including the fact that Dharmana neither got a Cabinet post, nor a Ministry. Dharmana’s brother, Dharmana Krishna Das had been made a Minister earlier, and after the resignation of Pilli Subhas Chandrabose and Mopidevi Venkataramana, Krishna Das was made the Deputy Chief Minister. On the other hand, Prasad Rao was still limited to being an MLA.

There have been rumors that the fact that his brother was made a Minister, and that he was limited to being an MLA initially, did not sit well with Dharmana, which drove a wedge in between them. Now that his brother has been made the Deputy CM, and the fact that he still didn’t get a Cabinet post, and is still limited to be an MLA, is also not such great news for the leader.

With these repeated disappointments, it is being said that Dharmana has lost interest in being as involved as he was previously. Dharmana is not taking care of his own constituency either, and is just keeping to himself. Well, it is definitely sad to see such an influential person go silent all of a sudden.

The husband-wife duo Konda Murali and Konda Surekha came into limelight during YS Raja Sekhar Reddy’s rule and the former CM of the united...
Read more

The YSRCP is slowly absorbing all of TDP's members, slowly diminishing the power and capacity of the opposition. The most recent entry into YSRCP...
Read more
Movie News

BB Leaks: This lady contestant to be evicted from Bigg Boss house this week

Exclusive Interview: I want to work with all Star Heroes – Chandini Chowdary

Gorgeous actress Chandini Chowdary, most known for works in Manu and Samanthakamani, is creating all the buzz right now, with her upcoming release Colour...
Read more
Movie News

Boyapati Sreenu is putting in his best efforts to make sure that his ongoing project with Nandamuri Balakrishna succeeds at the box office. The ace...
Read more
Movie News

Salman Khan's fans seemingly looked furious on reporter Arnab Goswami's recent dig at the actor. While demanding the big fish to be out behind...
Read more

PM Narendra Modi and Jagan are not faring any good ties between each other these days. Though Jagan extended his support to Modi in...
Read more
Political News

YSRCP’s welfare schemes a curse to the common man?

Andhra Pradesh Chief Minister Jagan Mohan Reddy announced a slew of welfare schemes during his election campaign. Whether he was successful or not, in...
Read more

The YSRCP is slowly absorbing all of TDP's members, slowly diminishing the power and capacity of the opposition. The most recent entry into YSRCP...
Read more
Photo Gallery