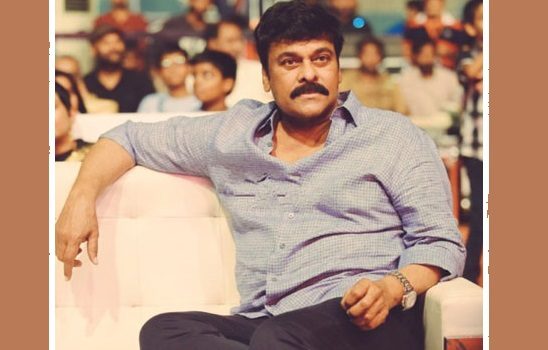 The promo of the Zee Awards is out and it was heartening to see Chiranjeevi cry when Kartikeya spoke emotionally. He danced with grace to all Chiranjeevi numbers and came and fell at his feet.

He said it isnt just Charan who is his son, but all the youngsters in the film industry who took him as an inspiration. Chiranjeevi is a sensitive and an emotional person but we have never seen him weep. The next day he called Kartikeya home and spoke to him warmly for an hour.

Kartikeya is thrilled, he has officially become a close member to the mega family or the Allu family. He is already doing a film Chavu Kaburu Challaga in Geeta Arts banner and is doing a prime cahracter.. a villain’s role in Ajith’s movie. Way to go..Karthikeya. But this also reminds us of Uday Kiran..who also spoke with a lot of emotion when he was at the peak stage of his career and Chiranjeevi fell for his affection and announced the engagement of his daughter with him.