TB Special: The Rise of Samantha – A STAR to WONDER WOMAN in South Cinema! 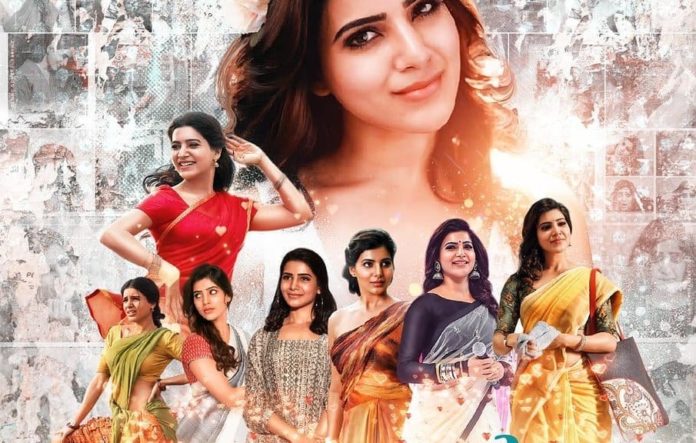 Samantha, the name that has been creating a huge stir in the South Cinema. Samantha has transcended boundaries while choosing her suitable roles. For the past 10 years, she has been surprising the audience with her script choices. Right after her debut in 2010, what made her rise from just a star to a wonder woman with zillions of fans in South India? She won many awards for her brilliant performance and recently she won Zee awards for best actress for Majili and Oh Baby. Here is a special write up which depicts the rise of Samantha. Read on !!

Born and brought up in Chennai, Samantha Akkineni can be called a typical Chennai ponnu. On a more grounded note, she always wins the hearts of the local audience with her Tamil ascent. Samantha is one of those actresses, mothers would definitely admit to their sons as a beautiful girl! Look at the versatility of Samantha – she has acted in almost 45+ films since 2010 and each time, we get to see a Samantha we have not seen before. She fits into whatever role she is given. She received a film fare award and Nandi award for her debut Ye Maaya Chesave. Since then very good scripts have come her way and Sam has always chosen them properly.

She can pull off the plethora of all expressions with ease that makes her everyone’s favorite. There is something about Samantha something easily alluring, that makes her a favorite for many. Armed with charming good looks, engaging and captivating emotions and the ability to exude the girl next door feel, she is an encyclopedia of expressions that makes her the perfect choice for any filmmaker.

When we look at the career graph of Samantha Akkineni, it is steadily on the ascent and with every film of her; Samantha is soaring higher and higher. All credits to her beautiful looks and impeccable acting talent. She looks very relatable. She could be someone we see in our family as a naughty sister or in our office as a sweet colleague or any normal place that normal people inhabit. She has the biggest advantage of not looking like a STAR ACTRESS, who is placed far away in the galaxy. She is just nearby to all of us. Nevertheless, to say, this beautiful actress is gifted with her child-like smile and flawless beauty.

On the topic of her appearance, Samantha has that unique mix of humble, impish and naughty looks, which work in great favor for her to play a variety of characters. Sam perfectly fits into any domain and passes off well as an urban female too. An integral aspect of Sam’s career is the selection of right scripts which fortunately Sam has managed to do well till now.

She never looked back in her career to do challenging roles, which test her abilities and stamina. While she was ruling Telugu Film Industry, she made her presence felt in Tamil films as well with comely looks and offbeat films as well. She did a village-belle role, emotional scenes, and whatnot. Rangasthalam still can be marked as a career turning point for Sam in her acting career. Sam’s women-oriented film Oh! Baby created huge sensation at the ticket window as she carried the entire film (Oh!Baby) on her shoulders. The film raked in 18 Crores worldwide and it also touched $1.02 million mark in the USA. Oh! Baby is the super hit and first solo hit for Samantha.

Look at the versatility of Samantha Akkineni – she has acted in almost 45+ films since 2010 and each time, we get to see a Samantha we haven’t seen before. She fits into whatever role she is given. Seeing all these years. In 2020, she is all set to enthrall the audience with Jaanu and Maha Samudram. She is also making a grand debut in web series with ‘The Family Man’.

Sam has a great humble side off the screen which earned her even more admirers. While she is ultra-glamorous on screen, she is extremely down to earth and simple off the screen. On a personal front, she is perfectly looking after her lovely husband Naga Chaitanya and her pets (Sons) Mr. Hash Akkineni and Druno Akkineni. Sam treats her personal staff like the family that she is even gifting them with whopping gifts – such a caring star she is!

TeluguBulletin congratulates her for winning the best actress award for Majili, Oh Baby and wholeheartedly wish Samantha Akkineni more eventful years to come with a brilliant portrayal of roles!