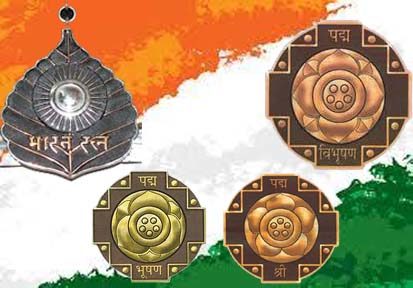 It is indeed shocking that after the emotional outburst by Allu Arjun at the prerelease event that his father Allu Aravind was conferred Champion of Change Award. At the event, Arjun requested the government to give his father Padmasri because his grandfather also was honoured at one time for his contribution.

Producers are indeed given awards but how can a producer just by producing 50 plus films ask for a Padmashri? That way, even Dil Raju or C. Kalyan or some other producer could have produced 50 plus films. It is a coincidence we guess that the previous evening his uncle Chiranjeevi asked for a Dada Saheb Phalke Award for Super Star Krishna.

Most people in the industry don’t care for awards, they believe it is decided by a panel of a few people who have no knowledge of the craft they are taking into consideration. All awards are recommendations they believe. Did Arjun do the right thing in asking for an honour? Honour should be given, not sought or perhaps since the film was revolving around a father-son relationship, Trivikram prodded Arjun to speak about his father.

Even Dada Sahab Phalke award has become a joke, there is one more Dada Saheb award which is instituted by an academy for all regions, including South. Perhaps, our people should ask for that too.