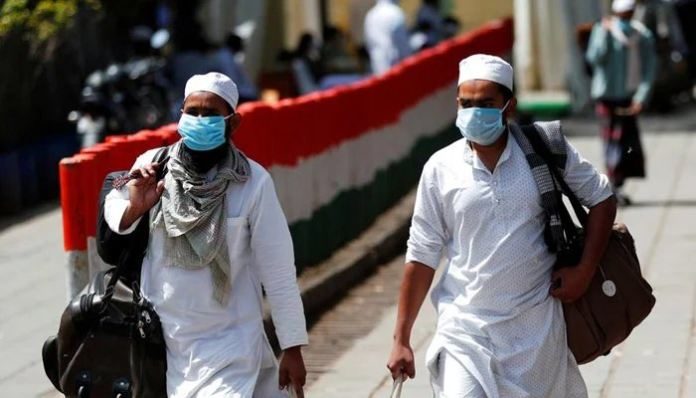 Tablighi Jamaat members quarantined at the district hospital in UP reportedly harassed the nurses by making lewd comments and getting naked by dropping their pants. Consequently, this incident has provoked the Uttar Pradesh government’s decision to appeal a strict National Security Act against them.

The six members are among the thousands who attended a religious meeting at Nizamuddin area in New Delhi, which is now being considered as a corona virus hotspot. After a complaint raised against them, they were shifted to an isolation ward set up at a private educational institute from the district hospital.

In a strong condemnation, Uttar Pradesh Chief minister Yogi Adityanath called those members “enemies of humanity”. “They are uncompromising and will neither accept the law nor follow arrangements. The NSA is being invoked and strict action will be taken. Whatever they did with nurses and other women health workers is a heinous crime,” he said.

Senior Superintendent Police kalanidhi Naithani said, a case is registered against them at the GT Road Kotwali on receiving a complaint from the chief medical officer and a stringent action will be taken.

In the complaint, a nurse has stated that the corona virus suspects were roaming without pants, sang vulgar songs and passed ugly comments. Also added that they were not maintaining social distancing and reluctant to take medicines.

Police have registered the case under sections 369, 270,271,294 and 354 of the Indian penal code. The sections comprise sexual harassment and illegal actions that spread disease.

All those who are stuck with lockdowns all over the country have now got an opportunity to go back to their native. Travel has...
Read more
General News

First corona death was reported in Yadadri Bhuvanagiri district. A child from Rajputana died at Osmania Hospital, Hyderabad and was later found to be...
Read more
97,100FansLike
44,906FollowersFollow

Tough Taskmaster SS Rajamouli is all set to create a visual splendor in his upcoming project RRR. The latest reports suggest that a village...
Read more
Movie News

After Nandamuri balakrishna posted his words on Chiranjeevi and few other heroes of TFI that they are distributing lands among themselves, while they met...
Read more
Movie News

Bollywood entertainer Salman Khan is using his isolated time at his Panvel farmhouse by exploring different inventive stuffs and seem to be on the...
Read more

Tough Taskmaster SS Rajamouli is all set to create a visual splendor in his upcoming project RRR. The latest reports suggest that a village...
Read more
Political News