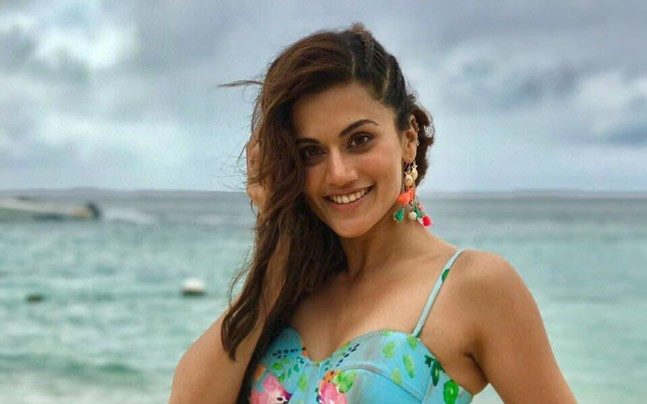 It seems Dimple beauty Taapsee Pannu is not single and also not ready to mingle. Yes, you heard it right. In a recent media interaction, Taapsee revealed that she is in a relationship. But she refused to reveal her man’s name.

Taapsee said that she is committed and that man is going to be her life partner very soon. It seems she doesn’t want to talk about his field as well. But Taapsee hints that he doesn’t come from the glamour world.

Taapsee said, “Whoever is the person in my life is not into the profession where people are more curious about him,” she has been quoted saying, admitting also that she has “kissed a lot of frogs before meeting my prince”.

Well, it will be interesting to know who Taapsee’s beau is. And she can expect the same questions by media every time she is interviewed from now as she refuses to make his name public.

Also Read: Guess who: Can you find out who this actress is?

On the work front, Taapsee recently announced that she will be collaborating with Anubhav Sinha for the latter’s upcoming film Thappad. She will be seen playing the role of acclaimed novelist late Amrita Pritam in the film.