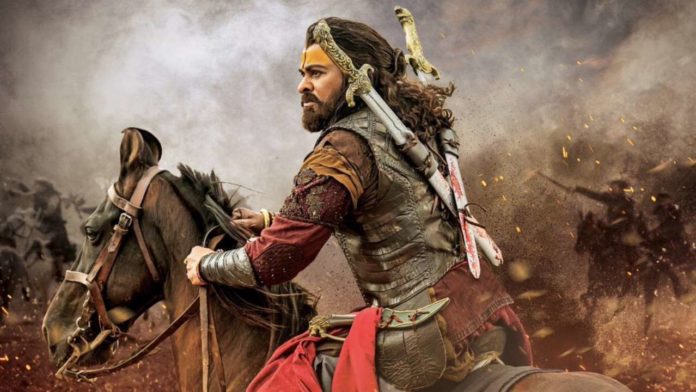 One of the highly anticipated films in TFI, Megastar’s Narasimha Reddy’s 151st film Sye Raa Narasimha Reddy is all set for mammoth release on October 2nd.

Made with a whopping budget Rs.270 crores, Syee Raa boasts a star-studded cast. However, now after Prabhas’ Saaho, all eyes are on Sye Raa.

Touted to be a period action drama, which is based on the life of freedom fighter Uyyalawada Narasimha Reddy. The film’s team along with Chiranjeevi are pretty confident about the film’s content that it will blow away the audience.

Here we have narrowed down a few highlights from Sye Raa:

• Power Star Pawan Kalyan’s voice will be heard in the beginning and in the end of the film.
• The film’s VFX work was done by technicians from 17 countries.
• There is a goose bump scene in the film which is an underwater fight sequence featuring Chiranjeevi with hundreds of fighters.
• The first half highlights about Narasimha Reddy’s life as a Zamindar. And the Second half is loaded with war scenes.
• Megastar’s introduction seen will begin with a voice-over of Anushka Shetty and she will be seen as Jhansi Lakshmibai.
• The title song of Sye Raa is said to be one of the major highlights of the film. It was penned by Sirivennela Seetarama Sastry.
• Pre climax is loaded with stunning action sequences while the climax scene connects emotionally wherein Chiranjeevi’s powerful dialogues touch everyone.

Beautiful actresses Nayanthara and Thamanna are the female leads. Syee Raa also stars Amitabh Bachachan, Vijay Sethupathi, Jagapathi Babu and others in pivotal roles. The film is being produced by Ram Charan under Konidela Productions.