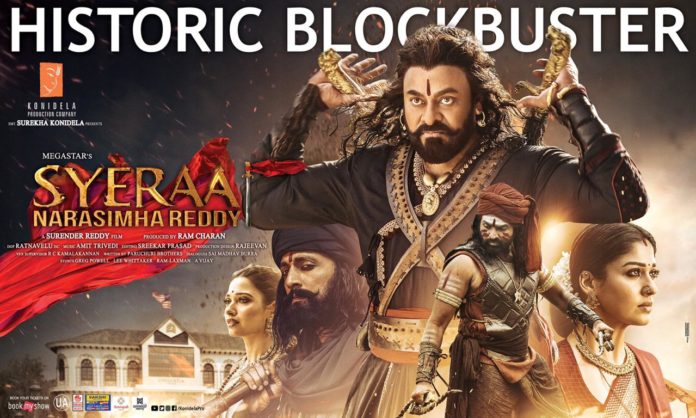 In the recent times, TFI market has grown exponentially. Star hero films are also collecting Rs.100 Crores gross at the box office. However, in terms of gross, many films are on 100 Crores list. But, only six films entered into the prestigious 100 Crores club in terms of world wide share.

As per the trade analysis, Sye Raa joined the prestigious Rs. 100 Crore Share club. After Khaidi No: 150, Sye Raa is the second film, which touched Rs. 100 Crore mark at the box office, for Megastar. Sye Raa not only joined the esteemed club of Rs.100 Crores share, it also shattered Prabhas’ Sahoo record on it day 3. Nevertheless, to say, Sye Raa will surely grab a third or fourth place in the world wide top share list films.