The mega daughter Niharika’s Suryakantham has hit the theaters on Friday and below is the detailed review about it.

Abhi (Rahul Vijay) falls in love with Suryakantham (Niharika) but the latter who don’t believe in commitments, leaves Abhi in the middle of everything and moves away. Abhi later decides to get married to another girl called Pooja (Perlene Bhesania) and then Suryakantham comes back into Abhi’s life. What will Abhi do now and whom will he move on with, is what the rest of the film answers.

Suryakantham reminds one of several super hit romantic entertainers in the past, especially in Bollywood. The story has now uniqueness and even most of the scenes are predictable. Even the climax is not impressive. While the first half was filled with youth oriented content, second half has enough family content. The family emotions have been captured well.

Niharika is identified for her naughty kind of attitude in real life. Suryakantham role seems completely designed for Niharika and even her character takes the story forward. She has done a good job showing many emotions. Rahul Vijay has got good performance oriented role and he excelled in it. Even his chemistry with Niharika is good to watch on the screen. Even the other heroine Perlene Bhesania is decent.

The background score ranks above the songs in Suryakantham. All BGMs have elevated the scenes in the film well. Director Pranith started off the film on a decent note and even established Niharika’s character well. But just when the things seems right, all of a sudden, they haywire with no proper clarity. This confuses the audience and can thus take a beat at the theaters.

Suryakantham can be considered for few laughs in the first half and a youthful and colorful romance after long in Tollywood. 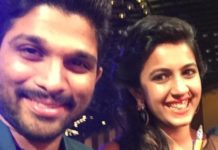 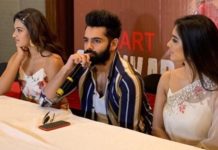