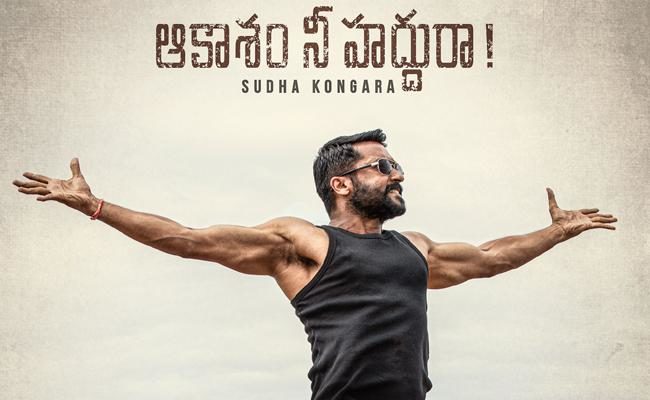 Handsome actor Suriya’s ‘Aakasam Nee Haddura’ (Soorarai Pottru) is one of the much-anticipated films of 2020 and the buzz is already high, thanks to the first look posters and songs of the film. This film is based on the life of Air Deccan founder Gopinath and it will feature some key real-life incidents shot with cinematic recreation.

According to online news portal, ‘Aakasam Nee Haddura’ has earned a pre-release business of Rs 40 Crore. Made on a tight budget of Rs 15 Crore (excluding the Suriya’s fees for the film), this film has brought profits to the makers before it has hit the big screen.

Helmed by Sudha Kongara, ‘Aakasam Nee Haddura’ is backed by 2D Entertainment, which is Suriya’s banner, along with Guneet Monga’s Sikhya Entertainments. The film has Aparna Balamurali playing the female lead.

The film is expected to release during the summer of 2020, clashing with Vijay’s ‘Master’.