Suma Kanakala thanks audience for supporting her film 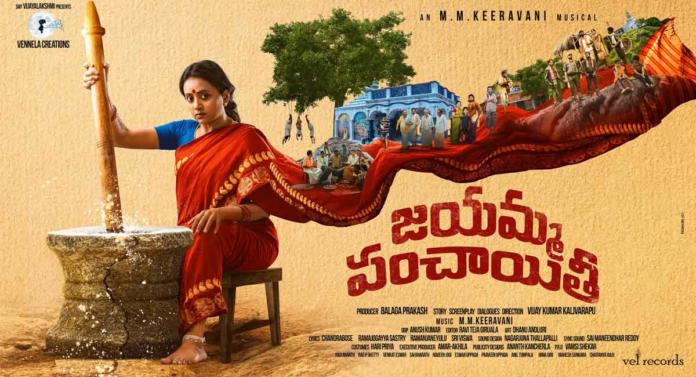 Suma Kanakala, who was introduced to movies with Kalyana Prapthirasthu in 1996, has returned to cinema screens with Jayamma Panchayathi. The family entertainer, set in a rural backdrop, hit the screens this Friday and got a decent response from the audience.

During the success meet, Suma said, “This movie is not related to only gents man or ladies. It is for every human. I thank each and everyone who watched the movie. I thank the makers for giving me such a strong role.” The ace actress also sincerely thanked the entire team of Jayamma Panchayathi for the film.

Directed by Vijay Kumar Kalivarapu, the movie is produced by Balaga Prakash under Vennela Creations’ banner. The music was composed by M. M. Keeravani while the cinematography was done by Anush Kumar and it is edited by Ravi Teja Girijala.