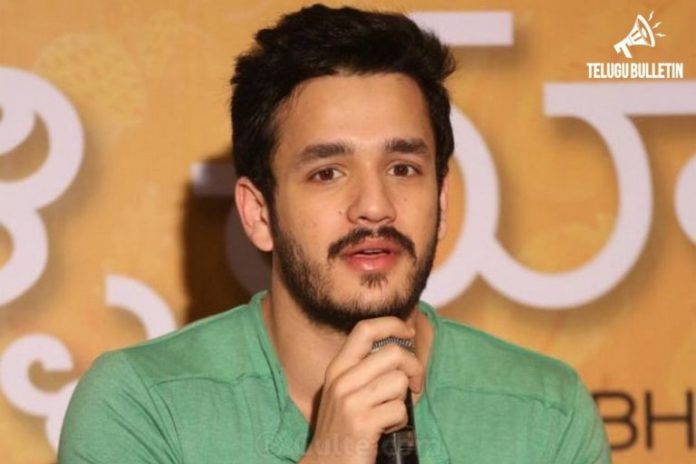 Akkineni scion Akhil has faced consecutive failures at the box office. The films, which he had done so far, have failed to attract the audience. Now, the actor has pinned high hopes on his upcoming film, ‘Most Eligible Bachelor’, directed by Bommarillu Bhaskar. Co-starring Pooja Hegde, the young actor is hoping to give a solid comeback with this film.

Meanwhile, the latest buzz is that ace director Srinu Vaitla has readied a script for the young actor and is expected to narrate it very soon. It is heard that top production house Mythri Movie Makers have already given an advance to Akhil and they may back this Vaitla directorial. If everything goes according to the plan, the film may start rolling from next year.

On the other hand, Akhil has also teamed up with director Surender Reddy. Touted to be an espionage-thriller, Agent is backed by Anil Sunkara. The film will go on floors on July 12 in Hyderabad. Vakkantham Vamsi has penned the story for the film that will see music by SS Thaman.