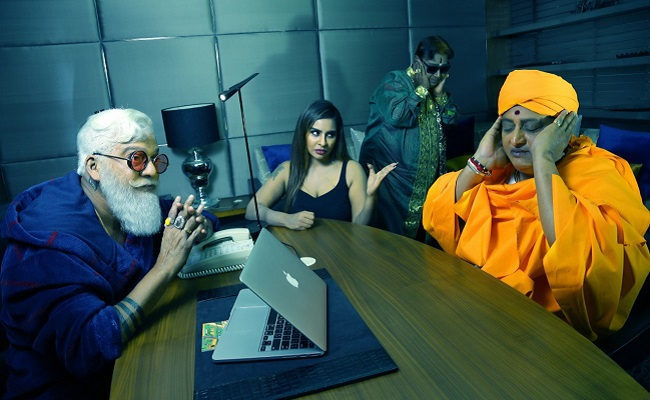 Sri Reddy, one of the most controversial actress of Tollywood, is finally back into the news. But this time, the actress has come up with a positive news.

After the casting couch controversy, where she protested for her rights, in semi nude avatar, Sri Reddy was offered a few of the notable offers in the film industry earlier. Director Teja and a few others came forward and openly declared to offer her films. But nothing of that sort, turned into reality later.

Finally, the controversial actress has picked up a new film. Titled “Climax”, the film is a crime thriller, that has Rajendra Prasad, 30 years Prithvi and Shiv Shankar master playing some prominent roles.

The film is a satire on the contemporary politics and is going to deal with the serious political situation in the state. Sri Reddy’s role is based on the real life controversial actress.

The posters that hit the internet today, are already going viral on the internet. Just like how Yedu Chepala Katha witnessed magical openings for its bold content, now even the makers of ‘Climax’ are anticipating that their film would get the similar attention, due to the controversial background of Sri Reddy.