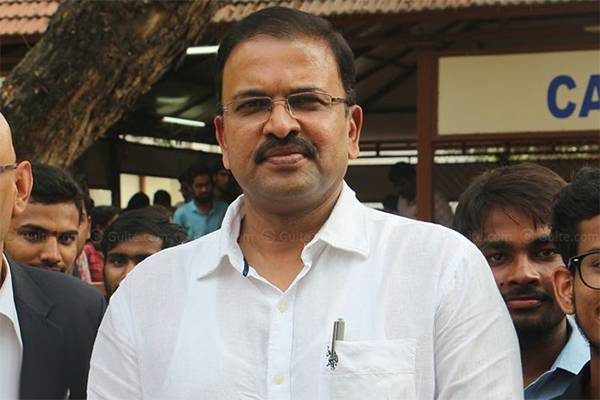 Everyone would have wondered with the JDs resignation which came as an unexpected thing while Pawan is bracing up for a march against Jagan’s government.

The reason that JD cited for leaving Janasena appeared silly to may people because those kinds of issues would get sorted out easily in a single sitting. Now, it looks like Lakshmi Narayana finally unfolded his cover.

There has been this wild speculation that Lakshmi Narayana was itching to join BJP since he took voluntary retirement out of the Public services. But he opted Pawan’s way and finally lost the MP seat in Vishakapatnam.

After that debacle, JD was nowhere near the Janasena party activities but kept defending his absence in his own way.

Now, he made some positive comments on the Modi government’s NRC policy. Actually he defended their amendment bill.

It is being said that Lakshmi Narayana came from the RSS background and apparantly there were pictures of him being present at the RSS meetings along with Ram Madhav.

Many believe that Lakshmi Narayana would have thought that political bureaucrats like him should try their luck in national parties for his own future.

Hence, everything leads us to one a certain point that JD willingly made up his resignation undriven by Pawan’s reentry to movies. If it is it, JD will lose the respect he earned among the people.