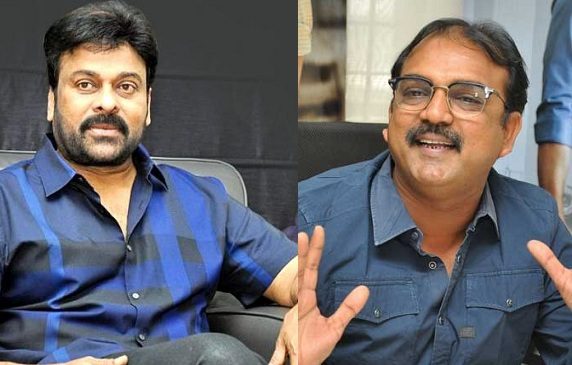 After playing a freedom fighter in Sye Raa Narasimha Reddy, Megastar Chiranjeevi is all to play a dual role in his next film tentatively titled as Chiru 152. The film will be directed by Koratala Siva and it was launched on Dussehra with a formal pooja ceremony.

We have already reported that the film’s shooting will begin in November end or in the first week of December. However, here comes yet another update about Chiru 152nd film.

As per our close sources, we heard that the makers are planning to start the film’s shooting with a peppy song in a specially erected set in RFC.

And we also exclusively learned that the makers have been erecting a special set in Kokapet, Hyderabad. The land was owned by Megastar Chiranjeevi.

A source close to Mega Compound revealed to us that the specially erected set will be a colony set up with hero and heroine’s house.

The makers are planning to complete the set work by December first week. So, in the meanwhile, makers planned to can a song on the lead pair. After completion of the shoot, the talkie part will begin in the specially erected set.

The film is set in the backdrop of Srikakulam. Ram Charan and Niranjan Reddy are producing the film. After a lot of discussions, the makers confirmed Trisha as Chiru’s love interest in the film.