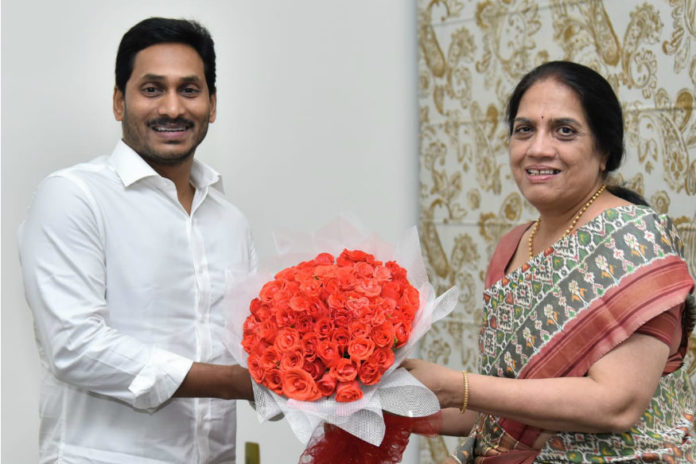 Andhra Pradesh state Chief Secretary Neelam Sahani is in the thought of returning to Delhi Services. She was doing quite well at the national services but came to AP to have a glimpse of working as CS for a state government in her profile but this will of her created troubles.

Recently, the supreme court has given clear orders on the issues of English Medium in Government schools and the capital shift but Jagan did not heed any of them.

Even though the supreme court has made it clear that the authorities will reimburse expenses from the personal accounts of the officials and the investigation will be conducted with the CBI and the ACB, Jagan barely cares about the consequences.

At the same time, in the Central Administrative Tribunal, a record was filed against CS. As Jasti Krishnakishore failed to comply with their orders, she was warned that she would be summoned and clarified. T

his black mark on her carrier matters the most to her even she was paid the salary. Jagan did not heed to Shahani’s advice on the decentralization of the state issue and it is Sahani who is being paid for the consequences. So, the word is out that she may leave the post in the near future.