More
Home Movie News Shamshabad to be the next Film Hub of the country? 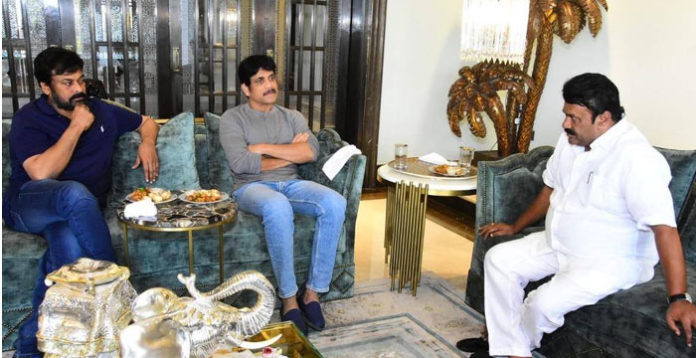 Though after Independence, Mumbai had enjoyed the title of Cinema Hub, since the past 2 decades, Ramoji Film City in Hyderabad has become the Film Capital of India. The reason is that, it had won the Guinness World Record as the largest film studio in the world. This means, it is larger than the Hollywood.

And there are other reasons too that makes it easier for the producers to organize shoots in Hyderabad. The travel costs, food costs, human resource costs are way flexible and easy to manage. It falls in between Mumbai & Chennai which makes it an ideal spot for Hindi and Tamil industries to meet halfway, so on and so forth.

Now, another Hub within the same city is planned near the Hyderabad International Airport in Shamshabad. Both Chiranjeevi and Nagarjuna are meeting with political administrators on this matter. According to the sources, Chief Minister KCR had passed the orders to Film Department Minister Talasani Srinivas Yadav on the same.

Both the actors had asked to grant land to build massive high technology film hub near airport, cultural hub for film technicians in Jubilee Hills, quarters for technicians near film studios and higher technology for online booking of movies etc.