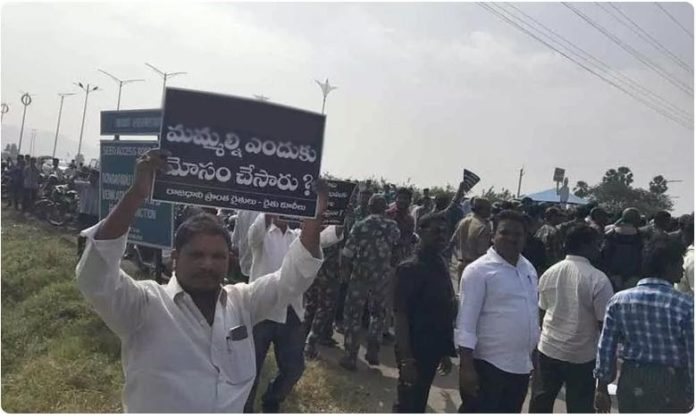 In order to save the people stuck in traffic from the attack, Police officials went ahead with lathi charge on the farmers. This turned the situation serious and several protesters as well as the Policemen were injured.

It is known that the protesters with the help of TDP were fighting against YSRC for the change in capital city from Amaravathi. Few days back, the villagers decided not to give any water or food supplies to the Police officials. The tension between the Police and the protesters was on peaks and with the protesters pelting stones on the common man, Police moved on with lathi charge.