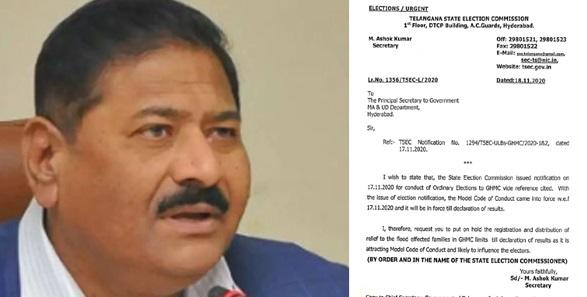 The Telangana government announced that it would be spending Rs. 550 Crores as relief fund for all those families who have been victims to the recent, incessant rains in the state. These rains drowned many parts of the state, including the capital city of Hyderabad. The distribution of this money – at Rs. 10,000 per family – started from Tuesday.

People started to gather at e-seva and mee-seva centers from 4 in the early morning on Tuesday, to get their relief package. Despite the fact that Coronavirus has not reduced substantially in the state, people gathered in huge crowds, and waited out for their chance. A 50 year old lady, standing in line at the Golconda Mee-seva center for 4 hours, suddenly collapsed, resulting in a sudden and unfortunate death.

On the other hand, the State Election Commission has now ordered the government of Telangana to stop giving away the relief packages right now, until the GHMC elections are done with.

The GHMC election notification was released just yesterday, and the nomination procedure for the elections has begun from today. The SEC has also asked the TS government to stop the registration procedure for all the flood relief victims as well.

For now, this can be considered as a big break for all flood victims, who have been waiting for the relief package, as there was a lot of property damage because of the floods. 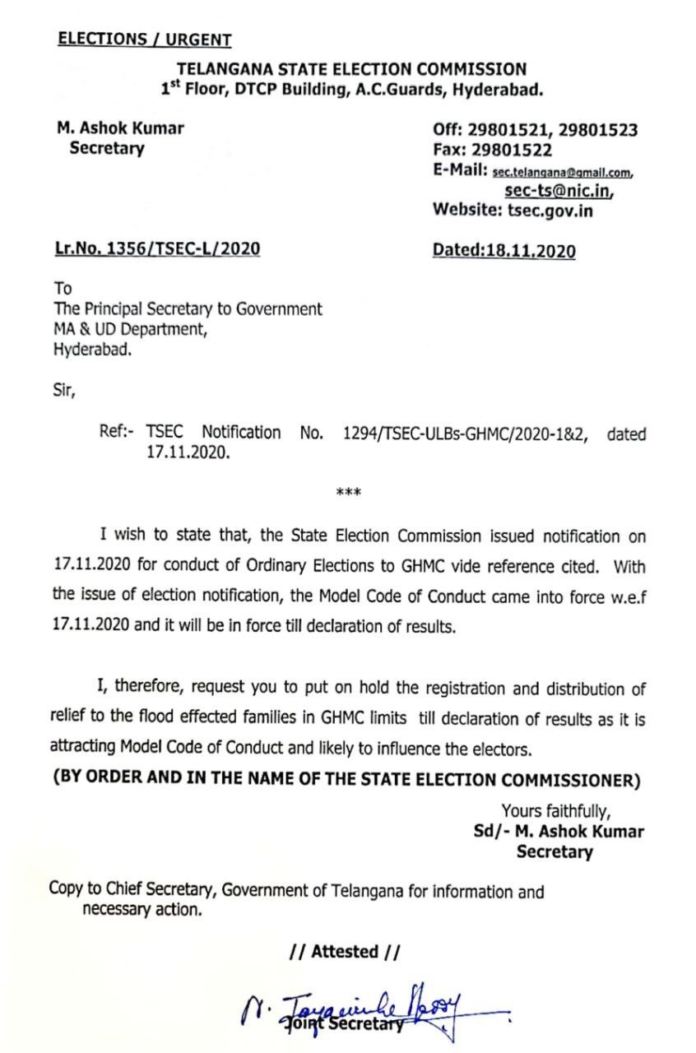