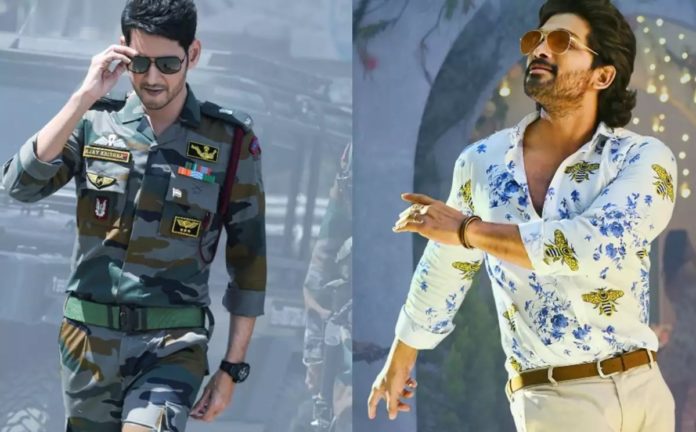 It is very well known that on the occasion of these events, theatrical trailers will be released.

Especially for theatrical trailers, even these records are maintained. Now that Ala Vaikunthapuramulo and Sarileru Neekevvaru trailers are releasing everyone are eager to see which trailer will come out on top. And ofcourse it will be compared to already top theatrical trailers.

There are records for highest views in 24 hours and most liked in a day etc., Now let us have a look at the already record numbers for other theatrical trailer in Telugu film industry.

Now that there is more anticipation for both the movies, it is expected that they will create some records in top 5. Both Sarileru Neekevvaru and Ala Vaikunthapuramulo are riding high with lots of expectations and many are eagerly waiting for them to watch. So some records are meant to be broken. While it is very difficult to breach into top 3 for most likes in 24 hrs, Maharshi’s 7.31M record will be broken. Saaho’s 12.32M record might depend on the release timing of those theatrical trailers.

Currently Ala Vaikunthapuramulo is having slight edge over Sarileru Neekevvaru with its high expectations over already released songs, we have to wait and see which trailer will create some records.

Megastar Chiranjeevi's Sankanthi winner - Waltair Veerayya has turned out to be a true blue blockbuster at the box office. The film has returned...
Read more
Movie News

It is known that team India emerged triumphant against New Zealand in the first of the three match ODI series that started off with...
Read more

In a shocking incident, an Indian family of 3 has been found dead inside a house in Dublin, Ohio. This tragic incident came to...
Read more
Movie News