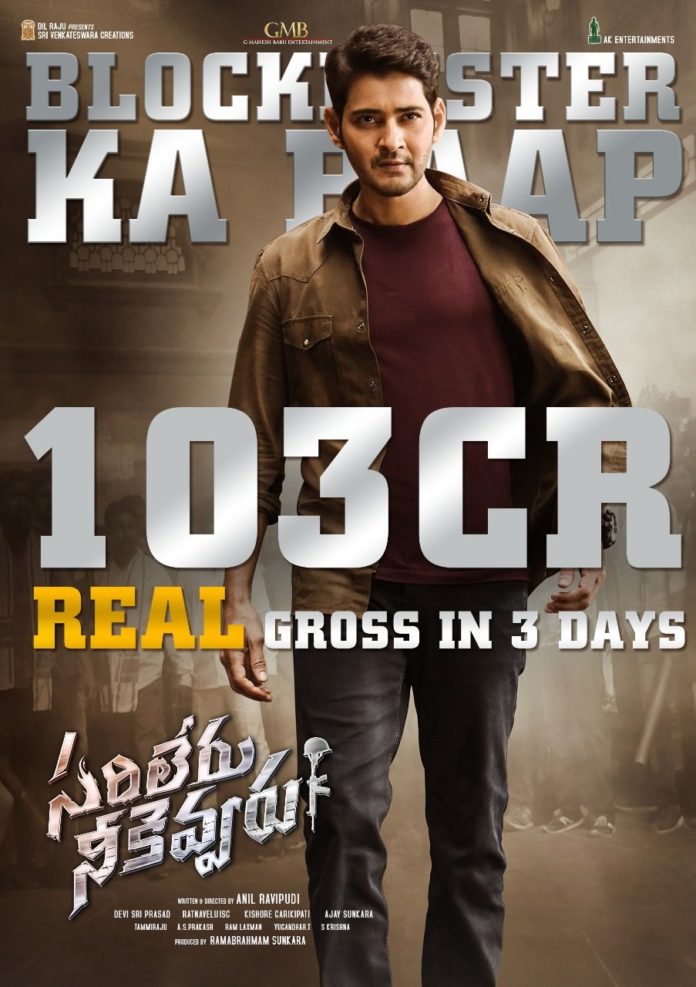 Super Star Mahesh Babu’s Sarileru Neekevvaru which was released on January 11th at the box office has been turning out into a super hit with decent collections. The film has grossed more than 100 crores in just 3 days. The film has done a business of around 103 Crores and looking by the latest trends, it will have a fabulous first week.

On the other hand, Stylish Star Allu Arjun’s Ala Vaikunthapuramulo was released on January 12th. The film is raking in some stunning numbers at the box office. It has creating Non Baahubali records in domestic circuits and overseas markets as well. Already 50 percent of the revenue was recovered in just 2 days.

Keeping the box office numbers aside, it is well known that these two films are competing with each other since few months. Post release too the competition continues, as the production houses are adamant to prove their upper hand over the other. While Ala Vaikunthapuramulo is promoting their film as “2020 Sankranthi Winner”, Sarileru Neekevvaru is promoting as “Sankranthi Mogudu”. Then Ala Vaikunthapuramulo released a promo in which there is a dialogue “Vaadiki saraina ranku mogudni nenu pampista”.

After all this, Ala Vaikunthapuramulo after its first day has officially declared that it has collected 85 Crore gross on Day 1. Many have criticized this move as clearly it is evident that the numbers are fake. When the original box office numbers are stunning, what it is the need to further fake is the question from trade pundits.

Everyone was in awe of Koratala Siva and Chiranjeevi project tentatively titled 152. In fact, soon after the film launch, there are many speculations...
Read more
Movie News

Kangana Ranaut, who has been winning hearts as Jaya Nigam in Panga across the country, has been honored with The Padma Shri for excellence...
Read more
Movie News

Trivikram Srinivas has a lot of fan base in the Telugu states not only for his writing and direction skills but also for his...
Read more