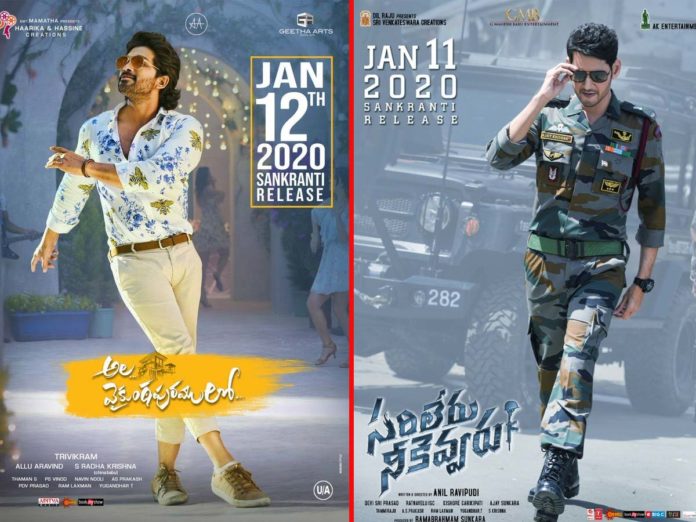 The competition between Sankranthi releases Sarileru Neekevvaru and Ala Vaikunthapuramulo has intrigued every movie buff. Now that both the movies are released, discussions are going on with which movie will emerge as the winner.

Even audience response for Ala Vaikunthapuramulo is a notch better than the Sarileru Neekevvaru. But the collections for both the movies are more or less the same. Both the films are going on same lines at the moment. We can get clear picture about this in the coming days.

Even at the IMDB which is considered as genuine, the reviews given by the audience without any bots or fake accounts is showing more or less same ratings for both the films. For Ala Vaikunthapuramulo the ratings are 7.7/10 at the moment while for Sarileru Neekevvaru has 7.6/10 now.

But for Sarileru 1,876 IMDB users have given the rating and for Ala Vaikunthapuramulo 1,474 have given their ratings. Which means that both the movies are competing neck to neck here as well. Currently we cannot declare one film among the two as Sankranthi winner as there is no clear edge.