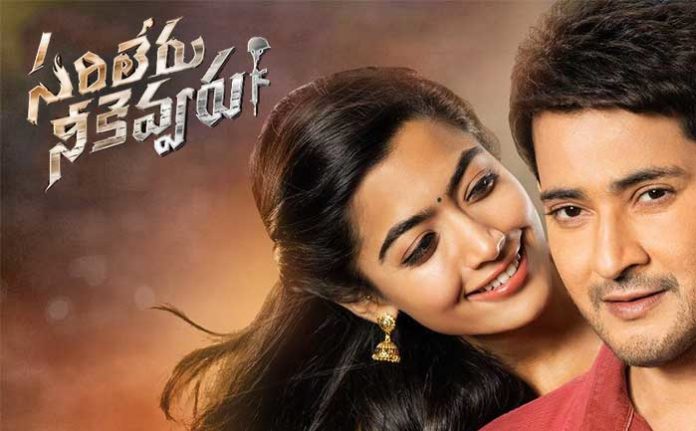 Superstar Mahesh Babu’s latest outing Sarileru Neekevvaru has emerged as the first blockbuster of Telugu cinema in 2020. Directed by Anil Ravipudi, the film has been receiving thunderous responses from both the masses and the family audience.

It’s already evident that Sarileru Neekevvaru has crossed the million-dollar mark in the United States on the opening day itself. According to the trade reports, the commercial potboiler made a worldwide share of Rs 46.77 crore on the release day. Starring Rashmika Mandanna as the leading lady, Sarileru Neekevvaru features an ensemble star cast like Vijayashanthi, Prakash Raj, Sangeetha and Rajendra Prasad in pivotal roles.