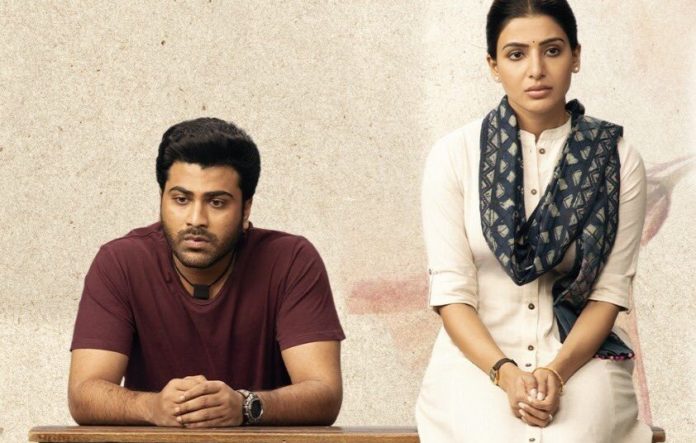 Ravishing beauty Samantha and handsome actor Sharwanand have stepped into the shoes of Trisha and Vijay Sethupathi for the Telugu remake of ‘96’, which was titled ‘Jaanu’. This romantic drama (both the versions) was directed by C. Prem Kumar and we can check that the essence and freshness of the movie looks intact in posters, teaser, trailers as the original director has directed the Telugu version too.

On the other hand, this movie is gearing up for a grand release tomorrow i.e. February 7th across the globe. The film has done good pre-release business and it has brought Rs 21 Crore approximately through its worldwide Telugu theatrical rights.

Sharwanand will be seen playing a photographer in the film. The film story tells the tale of a middle-aged man who meets his school-time crush at a reunion party and how they reconnect.