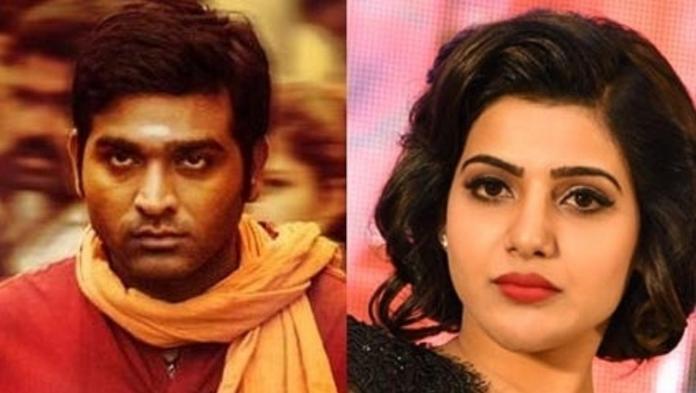 Vijay Sethupathi is now a dominant star in Tamil Cinema. All his movies are getting huge attention. Being a performer, Vijay Sethupathi has always been on spot when it comes to selecting scripts.

Now according to the latest update Vijay Sethupathi will play lead role in Vignesh Sivan’s next movie. It has been titled Kaathu Vaakula Rendu Kadhal and regular shooting will start soon.

It is said that Samantha Ruth Prabhu will play the female lead in the movie. Samantha, off late has been grabbing interesting films. Post marriage here films has got huge reception from the audiences. Her characters have lot to speak about.

Now, Samantha agreeing for a Tamil film has got audience attention. Now everyone is curious on what kind of subject it is that has impressed the Jaanu star to play a part in it.

Samantha’s recent film Jaanu which is a remake of ’96 has got decent response from the audience. Samantha’s performance is being talked about a lot. Jaanu stars Sharwanand in lead role and is directed by C Prem Kumar who directed the original.