Buzz: Samantha locks her next with Nandini Reddy! 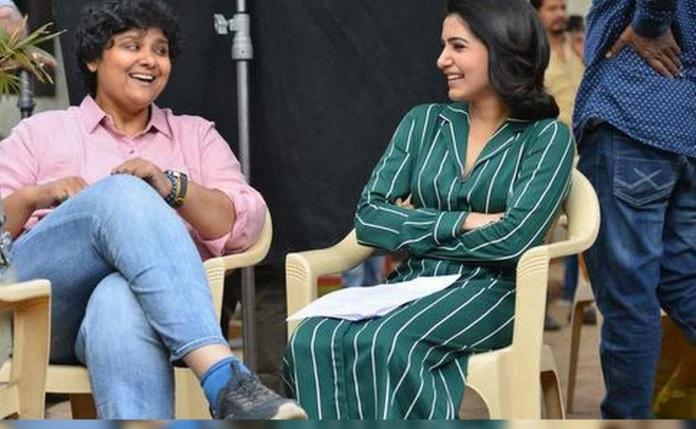 Samantha Ruth Prabhu and director Nandini Reddy have earlier worked together in two films – Jabardasth and Oh! Baby. While Jabardasth bombed at the box office, the latter was applauded as one of the best Telugu films in 2019. The women-centric film is a Telugu remake of a Korean film, Miss Granny.

According to the latest reports, the two are coming together for the third time. The Rangasthalam actress is teaming up with Nandini Reddy for a lady oriented film, which will be backed by SRT Entertainments. An official announcement regarding the same is awaited.

Meanwhile, Samantha was last seen playing the item number ‘Oo Antava Oo Oo Antava’ in Allu Arjun’s film Pushpa. She will be next seen in Shaakuntalam, directed by Gunasekhar. She also began shooting for a multilingual film ‘Yashoda’, which is being directed by Hari and Hareesh duo. The film sees Samantha playing an author-backed role and it will release in five languages – Telugu, Tamil, Kannada, Malayalam and Hindi.

Previous article
Inside Buzz: Faria Abdullah in talks for Nagarjuna’s ‘The Ghost’?
Next article
Samantha: Being sexy is really hard

Going by the snaps of Ram Charan that are being shared on social media of late, he is going to sport one of his...
Read more
Movie News

Taapsee Pannu, who carved a niche for herself with her impressive acting performances and outspoken nature, is gearing up to treat the audience with...
Read more
Movie News

Universal actor and Makkal Needhi Maiam founder Kamal Haasan has been hospitalized on Wednesday evening in Chennai. As per reports, the Vikram actor is suffering...
Read more

Going by the snaps of Ram Charan that are being shared on social media of late, he is going to sport one of his...
Read more
Photo Gallery

Taapsee Pannu, who carved a niche for herself with her impressive acting performances and outspoken nature, is gearing up to treat the audience with...
Read more