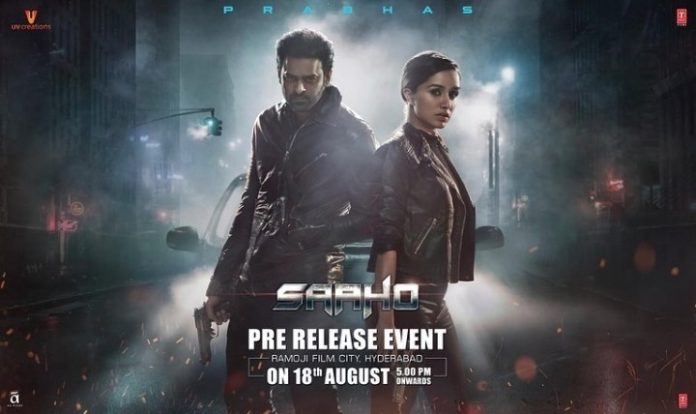 The grand gala pre-release event of Prabhas’s Saaho is all set to happen at the Ramoji Film City, Hyderabad, on August 18th from 5:00 pm onwards. Reports reveal that this event is probably going to be one of the biggest events this year.

Ahead of the pre-release event, here is the list of points that would be the highlights of the event.

• The main highlight of the pre-release event is expected to have crowd of 100, 000 people who are going to be Prabhas’s fans.

• It is heard that the makers are planning to treat the audience with another sneak peek into the world of Saaho by releasing a snippet.

• UV Creation, which is bankrolling the project, has spent a lavish amount of Rs 3 Crore for the pre-release event.

• The makers are planning to live stream the audio launch through social media.

• The stage of the event will be decorated with expensive cars along with the display of real vehicles that cost Crores of rupees.

• Anirudh along with music team is also expected to be performing live at the event.

• Megastar Chiranjeevi is expected to attend the pre-release event as the chief guest and the team is waiting for his confirmation.

• And, reports reveal that young heroes including Sharwanand’s, Nani, and Ram Charan etc. are expected to grace the event.

Considering these grand plans, it looks like the pre-release event definitely cannot get any bigger. 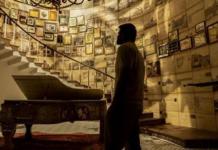 After a few leaks, security beefed up for Prabhas’ Jaan!